They’re cheap, pack a high-alcohol content, and are often associated with gangsters, low-income communities, and classic hip-hop. Perhaps, that’s part of the reason why Hollywood actor Theo Rossi and his wife, Meghan, thought it would be a good idea to emulate the image of a 40-ounce bottle of malt liquor to sell spring water. They were wrong.

Activists and elected officials in Brooklyn, New York, are calling for the removal of Ounce Water from local stores, arguing that the packaging of the water bottles promotes negative stereotypes about black communities as well as alcoholism. In a tweet, Brooklyn Borough President Eric Adams called the marketing scheme “tone-deaf.”

The tone-deaf “#40Ounce” marketing is cultural appropriation at its worst. Branding that plays off the imagery of 40 ounce malt liquor is an insult to communities fighting for a healthier future. @GetOunced should know better, and I urge them to rebrand. https://t.co/XjrxDrmc12

Protesters say the water bottles are directly linked to the history of cheap liquors like Colt 45, Olde English, and Private Stock, which were marketed to black neighborhoods and glorified through rap music. As a result, this led to alcoholism and “a big part of the demise” of working class communities of color, community member Christine Gilliam told Yahoo.

“In a community that has been ravaged by alcohol and drugs, we are confused as to why someone would create a product that so closely resembles a malt liquor bottle,” wrote Breukelen RISE, an activist group that serves at-risk youth and their families, in a letter to the company, according to The New York Daily News.

As a result of the outrage, Ounce Water was forced to pull some of its products from a supermarket in the Brooklyn neighborhood of Canarsie last week after NYCHA activists complained about its controversial campaign. However, they were replaced with 20-ounce bottles from the same company.

“They called the store and said we were promoting alcoholism by selling water in that bottle,” said Kevin Chang, the manager of the Food World supermarket, to The New York Daily News. “They said they’d come and protest unless we got rid of them. We called the manufacturer. They came and took the 40s and gave us the 20s. To be quite honest, it does look like an Olde English, but it’s plastic. It’s not glass. It’s just water. It says water on the contents.” 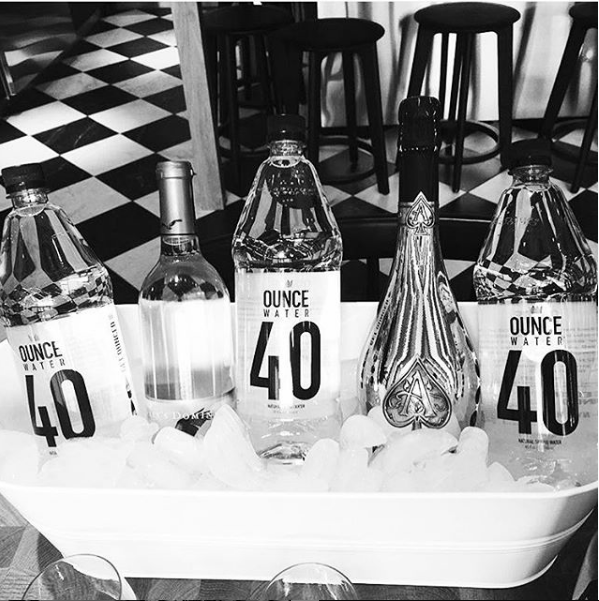 “Ounce Water is hydration made easy. Ounce Water is 100% pure natural spring water,” reads a company statement. “We are highly involved in community activities for youth and adults which focus on health and wellness, and further the education of the health benefits of proper hydration.”

However, much like the backlash against luxury brands like Gucci and Prada, which have been accused of marketing racist imagery, critics say 40 Ounce Water is blackface in a bottle. “It’s insulting to our intelligence,” Thora Lashley said. “What’s next, candy corn in a crack vial? Juice in a syringe? 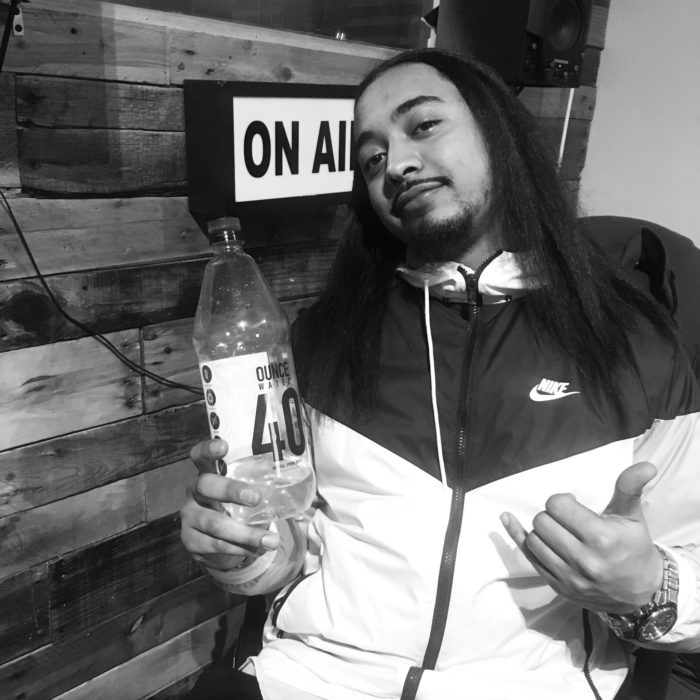 Lashley, who has lived in Brooklyn’s Breukelen Houses for 50 years, says she saw countless friends succumb to alcoholism growing up in the city housing, some as young as 12 years old. Many of them drank 40s in the hallways, on stoops, and in courtyards, she added.

Derek Perkinson, city field director for the National Action Network, agrees with the protesters. “If it’s a health kick, fine. We’re all for that,” he said. “But the presentation of it in a 40-ounce bottle is bad. We reserve the right to protect our children from being targeted. They should be ashamed of themselves.”