HAMPTON, Va. (Reuters) – Four hundred years after the first ship carrying enslaved Africans arrived on the coast of Virginia, the descendants of one of the first black American families say race relations in the United States still have “a long way to go.”

The Tucker family, who trace their ancestry to the 1624 census of the then British colony of Virginia, has experienced every chapter of African-American history.

From captivity on ships to slavery on plantations, to the 1861-1865 U.S. Civil War waged over legal slavery, 20th century discrimination laws and lynchings, the civil rights struggle and to the Black Lives Matter movement, racial disparities course through life and politics in the United States. 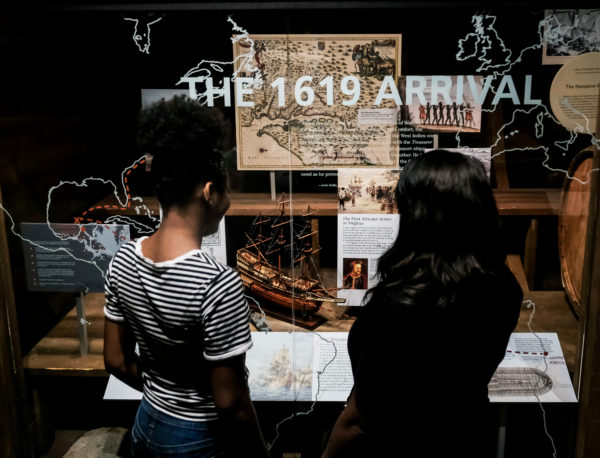 Lakeika Davis and Kelly Preston-Davis, of Durham, North Carolina, visit the 1619 exhibit at the Hampton History Museum, commemorating the 400-year anniversary of the arrival of the first Africans on the coast of Virginia, in Hampton, Virginia, U.S., July 28, 2019. Picture taken July 28, 2019. REUTERS/Michael A. McCoy

“The race issues have always been here,” said Vincent Tucker, the president of the William Tucker 1624 Society who believes he is nine or 10 generations removed from William Tucker, born in Virginia in 1624 after his parents were transported from present-day Angola in 1619.

Brenda Tucker, 77, another descendant of William who serves on the family society’s board, said she supported efforts by some Democratic lawmakers to have the federal government issue reparations to black Americans who were economically affected by slavery. 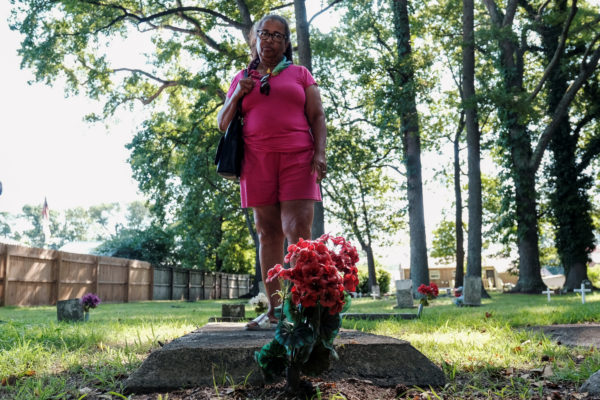 Shirley Petteaway, a descendent of William Tucker whose parents were brought from Angola on the first ship carrying enslaved Africans to Virginia in 1619, pays respects to a family member buried at the Tucker family cemetery in Hampton, Virginia, U.S., July 27, 2019. REUTERS/Michael A. McCoy

“Reparations, I think, would be very appropriate because we, as hard as we worked and continue to work, we were not able to establish businesses to grow other businesses in mass, and that’s what it’s going to take to grow our economic state,” she said.

Issuing reparations to all living people who are descendents of slaves or who have suffered racial discrimination has been estimated to cost trillions of dollars. The U.S. government has never approved reparations. 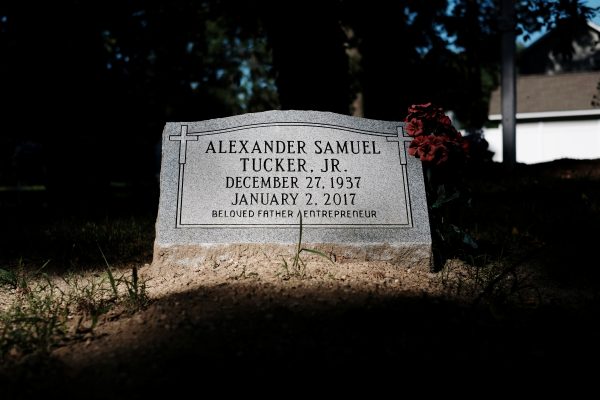 A flower lays on a grave in the Tucker family cemetery in Hampton, Virginia U.S., July 27, 2019, 400 years after William Tucker’s parents were brought from Angola on the first ship carrying enslaved Africans to Virginia in 1619. REUTERS/Michael A. McCoy

Some Democratic candidates seeking the party’s nomination to run against Republican President Donald Trump in the 2020 election support reparations for African Americans who for generations were held back by legal discrimination and general prejudice.

Trump, from his days as a New York businessman, in his 2016 election campaign and as president, has been criticized for making inflammatory statements that stoke racial tensions.

In July, Trump lashed out in Twitter posts against four minority Democratic first-term congresswomen and U.S. Representative Elijah Cummings, a black longtime civil rights activist. The statements, including saying the congresswomen should “go back” to the countries they came from, were widely viewed as racially divisive, underlining the extent to which those divisions have persisted through the centuries.

Trump has repeatedly denied that racial animus drove his comments, telling reporters last week, “I am the least racist person there is anywhere in the world.” 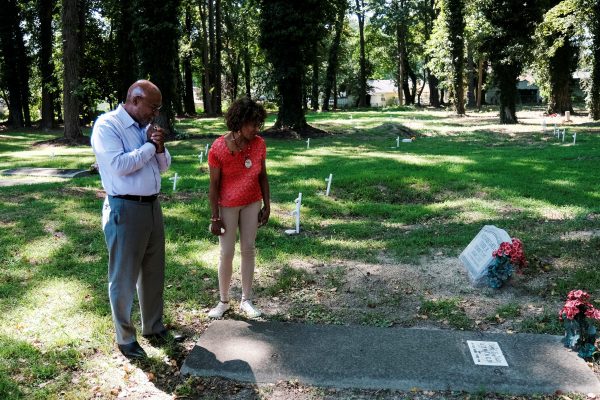 Verrandall Tucker and Brenda Tucker, descendants of William Tucker whose parents were brought from Angola on the first ship carrying enslaved Africans to Virginia in 1619, gather at the Tucker family cemetery in Hampton, Virginia, U.S., July 27, 2019. Picture taken July 27, 2019. REUTERS/Michael A. McCoy

Tucker spoke in front of her ancestors’ graves in a cemetery in Hampton, Virginia, less than a mile from the plantation where her ancestors were enslaved.

Some Tuckers have left Hampton over the years, but many have stayed, intent on preserving the family’s oral history.

“People can look at us and say, ‘Hey, they made it,” said Vincent Tucker. “‘They’re still making it.’”