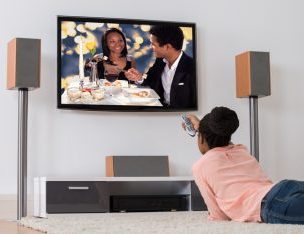 Spring is officially in full swing, which means summer is just around the corner! Although warm weather is an excellent excuse to get outside and enjoy all the majestic beauty that Mother Nature has to offer, for self-proclaimed sofa spuds like myself, it’s also a great opportunity to embrace the wonders of the great indoors—i.e. relaxing on a comfy couch beneath the frosty blast of an A.C., with a bowl of popcorn, glass of wine, and entertaining TV shows. And as the flowers continue to bloom and temperatures continue to rise, us indoor enthusiasts can take solace in the continuous rollout of summer series premieres.

So, whether the debut of a new season means finally getting some kind of resolution for a previous cliffhanger, or you’ve grown bored of current programs and are looking to discover fresh entertainment, here’s a list of five summer TV premieres that you can look forward to:

Now in its 13th season, most are fairly familiar with the premise of this show and kind of know what to expect; there will be a parade of attractive guys from all walks of life, each desperately seeking a chance at true love (*cough* or fame *cough*) with one girl, a recently rejected fan favorite from a previous season of The Bachelor. We can also expect many romantic dates, exotic vacations, wild challenges, rose ceremonies, trips to “the fantasy suite,” and questions surrounding the authenticity and/or mental stability of certain contestants.

So, why is this particular season of The Bachelorette so special? See for yourself:

No, your eyes are not playing tricks on you! For the first time in the history of the franchise, America’s favorite “bachelorette” is black!

Although attorney Rachel Lindsay may not have taken home the final rose from Nick Viall on The Bachelor, it was clearly a blessing in disguise. Now, Lindsay has the chance to call all the shots as men vie for her attention. And, as she says in the promo, she’s “not looking to play games or get played”—her ring finger is “READY.”

You can watch the history-making premiere of The Bachelorette Monday, May 22, at 9 p.m./8c (with future episodes moving to 8 p.m./7c) on ABC.

Executive Producer and Host Jamie Foxx challenges contestants, as they compete for cash prizes based on their ability to quickly and accurately identify a song’s title and artist. The catch is that rather than merely working against the clock, contestants must be able to produce an answer before these details are revealed by Shazam, an app designed to speedily identify a song’s credentials based on mere sound bites.

The inaugural episode of Beat Shazam airs Thursday, May 25, at 8 p.m./7c on FOX.

This spring/summer oldie but goodie competition show, which seeks out raw American talent with the potential to parlay into an international phenomenon, will be changing things up a bit for its 12th season. Earlier this year, Nick Cannon announced his departure from the summertime smash on Facebook, after hosting the show for eight seasons.

And who will replace Cannon as the emcee for America’s Got Talent? 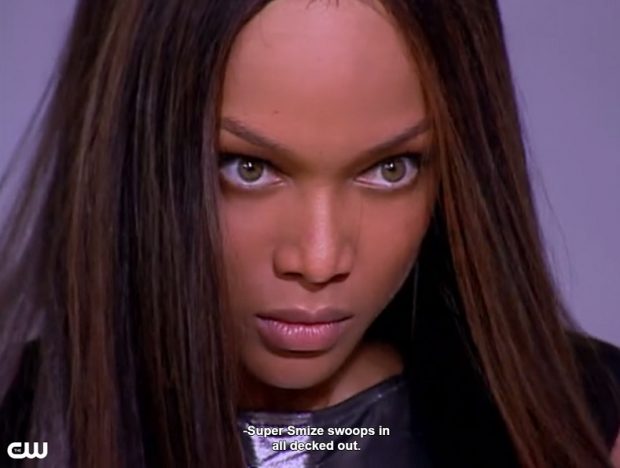 (Screenshot from America’s Next Top Model, Season 13, Episode 3. Source: The CW via Hulu.)

None other than veteran supermodel and reigning queen of “smize,” Tyra Banks, will be taking over as host for season 12 of America’s Got Talent, alongside judges Mel B, Heidi Klum, Simon Cowell, and Howie Mandel.

Perhaps Banks is brushing up on her hosting skills in anticipation of the upcoming season of America’s Next Top Model? Although Banks has remained at the helm as the program’s executive producer, she did take a step back from hosting ANTM, when it relaunched with Cycle 23 on VH1 last winter. However, Banks recently announced that she would be replacing host Rita Ora, reclaiming her OG hosting gig in the upcoming season.

I missed my ANTM baby so Mama’s back! #ANTM #ANTM24

Mizz @ritaora, you exemplify Business Boss Brand to the fullest! Thank you for all the amazingness you brought to ANTM ?

Although Cycle 24 of ANTM is currently still casting, one can only hope that, in the meantime, we can catch Banks unleash her arsenal of impassioned, one-of-a-kind Tyra-isms on the America’s Got Talent audience. 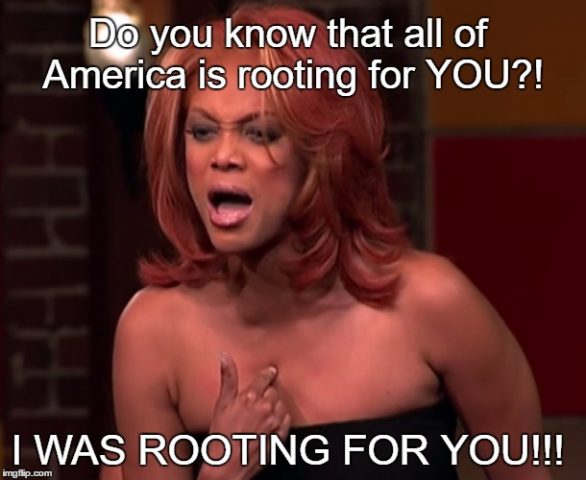 I’m sure everyone remembers this ick-factor driven competition show from NBC; contestants face a series of dares that push them to their emotional, physical, and psychological limits. Challenges involved graphic, grotesque, hair-raising stunts like eating live roaches, being buried alive with live snakes, or bathing in cow’s blood. Those strong enough to withstand these stunts and ultimately face their fears were rewarded with a hefty cash prize.

Well, after a five-year hiatus, Fear Factor is back! Now on MTV, Fear Factor‘s Executive Producer and Host Ludacris is aiming to put a fresh, youthful spin on the series. According to an article from The Hollywood Reporter:

“The new incarnation will flip the script on its targeted Generation Z audience and instead of gross-out challenges (like eating worms), will be more playful with the hope of providing a cathartic tension release along the way. The newly designed stunts are geared at tapping into visceral fears of today’s anxious youth — such as couch surfing at 300 feet and waterlogging personal cell phones.

Inspired by urban legends, scary movies and online videos from the zeitgeist, contestants will be pushed beyond their comfort zones where their body’s physiological responses will take over.”

According to the casting announcement published on ABC’s website:

“Steve Harvey is hosting a new, groundbreaking show on ABC looking for great innovators and entrepreneurs to help fund their American dream. We’re looking for mom-and-pop businesses, unique and interesting products, or creative ideas that just need a little more money to jumpstart their next phase. You could win anywhere from $10,000-$100,000, all you have to do is win over the live studio audience and convince them that you deserve to be funded.”

Think Shark Tank meets American Idol: those looking for a chance to finally make their big, entrepreneurial break will compete for a chance to obtain funding. But, rather than impress a panel of judges, the winners are ultimately determined based on the opinions of the live studio audience.

Watch the premiere of Steve Harvey’s FUNDERDOME Sunday, June 11, at 9 p.m. on ABC.