Nakesia Washington, a travel agent and entrepreneur, was arrested for allegedly scamming dozens of women out of tens of thousands of dollars after they used her services to book a vacation to attend the 2018 Essence Festival in New Orleans.

The Jefferson Parish Sheriff’s Office is reportedly investigating cases from several dozen women who used Washington’s travel agency, OBL Travel L.L.C., to book concert tickets, hotel reservations, and party passes to attend the popular music festival during the July 4 weekend. Victims of the scam told police that they purchased vacation packages through OBL, but the 41-year-old travel agent failed to deliver. The Better Business Bureau said it has 45 complaints against OBL Travel, reports WSDU. The losses have been valued at $80,000. As a result, Washington was arrested on Aug. 2 and charged with theft of more than $25,000, theft valued between $5,000 and $24,999, and two counts of computer fraud, according to NOLA.com. However, officials say the value of the losses may increase and Washington may face more criminal charges. 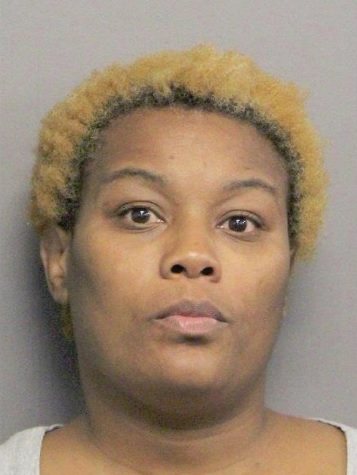 “We expect the number of cases and the monetary losses to grow as additional cases come in,” said Parish Sheriff’s Office spokesman Lt. Jason Rivarde. Washington may even face federal charges since the FBI is assisting in the investigation.

One woman named Kerry Gouff says she and her friends arrived in New Orleans for the festival only to find that the hotel reservations she thought she paid for through the OBL Travel Co. were not secured. As a result, she was forced to cough up an additional $1,200 for a room on top of the $1,000  she had already spent. “We were looking forward to a great time booked some travel and things didn’t go as planned,” said Gouff.

Likewise, Cinneah El-Amin, a 24-year-old woman based in New York, claims that she and her friends each paid $1,092 to OBL to travel to Essence. However, when they arrived, they also found themselves without hotel reservations. As a result, they had to shell out an additional $1,000 for a smaller room. Plus, El-Amin says that Washington only provided them with Essence Fest concert tickets after she hounded her. And even then, the tickets were not seated together and they were shorted a ticket one night.

Mattine Buchanan, a Nashville-area travel agent who worked with Washington’s company to arrange travel for about 25 women, also filed a police complaint, claiming that Washington bilked her out of $31,000. Buchanan signed a contract with OBL Travel and began sending payments for the women’s hotel reservations on Aug. 31, 2017, she said. Other victims told The Fox 8 Defenders that they had no choice but to cancel their trip after learning their accommodations were not secure.

Washington reportedly told many of her clients that she suffered from a medical emergency and that her bank account had been hacked. Still, many are demanding to be reimbursed. “Hopefully, we can get restitution for the money that we spent,” Adriana Williams told WSDU. “Especially me, I am out of $8,000 on top of the money that I paid for the package. It was the worst trip ever because I was stressed out my mind and so was the group I was with.”

Washington was released Aug. 5 from the Jefferson Parish Correctional Center in Grenta on a $45,000 bond. Her attorney is confident that Washington will be found not guilty. Nevertheless, her website is currently advertising Essence Festival vacation packages for 2019.

How To Avoid A Travel Scam in NOLA

In addition to doing diligent research, Essence Banks, the executive director of the New Orleans Multicultural Tourism Network (NOMTN), says vacation goers can avoid getting scammed by reaching out to their agency for recommendations to a reputable travel agency that will accommodate them professionally and enhance their visit to New Orleans in a way that will exceed all expectations.

Another piece of advice, “plan and book early,” she says. “This year, over half a million people attended [the Essence Festival] and it was the first year ever that all three nights were sold out. We don’t expect anything less next year,” says Banks. “NOMTN will work with visitors to help them plan their itinerary. There’s so much culture to enjoy in New Orleans. With a little lead time, a visitor could plan an off the beaten path experience in New Orleans and a lifetime of memories. As ‘Guardians of the Culture,’ NOMTN can point them in the right direction.”