Virgil Abloh has had an incredible year. In March, he was tapped to become the new artistic director of Louis Vuitton’s menswear, making him the first black person to design his own line at the iconic 165-year-old brand. The 38-year-old fashion designer then debuted his first-ever Vuitton collection in June at Paris Fashion Week, where he and his long-time friend and collaborator Kanye West shared a warm embrace. He also collaborated with Nike to design the swanky looks Serena Williams sported throughout the 2018 U.S. Open.

Months later, Abloh’s “Off-White” label has been named as the “Hottest Brand on the Planet” by The Lyst Index, a quarterly ranking of popular fashion brands and products. The luxury fashion label, which Abloh founded in 2013, climbed 33 spots from last year, surpassing legacy brands like Gucci, Nike, and Prada for the peak position. 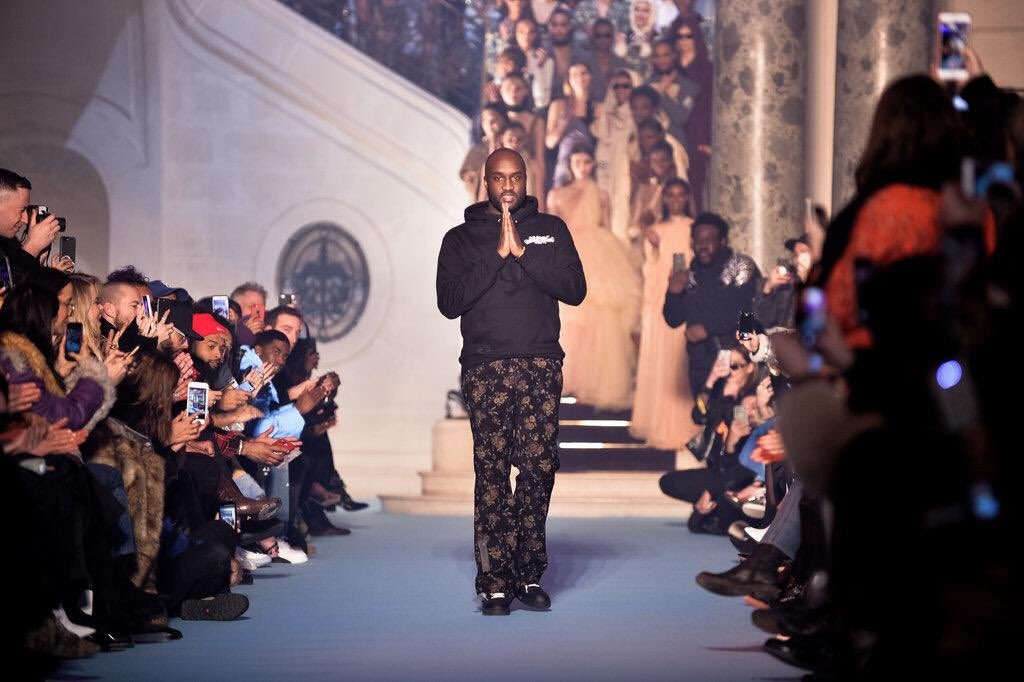 Based in Milan, Off-White is known for its extremely expensive T-shirts, hoodies, and sneakers. It’s also noted for placing signature quotes on its clothes. For example, a black dress with the words “Little Black Dress” written on it in quotes and the word “Shoelaces” written on the shoelaces of a $700 pair of sneakers. The brand is often flaunted by celebrities like Rihanna, A$AP Rocky, and Julia Roberts, along with wealthy, young elites.

Abloh was born in Illinois to Ghanaian parents and graduated with a civil engineering degree from the University of Wisconsin Madison in 2002. That same year, he began working with Kanye West, designing the rapper’s merchandise, album art, and stage shows. Abloh went on to obtain a master’s degree in architecture from the Illinois Institute of Technology in 2006 and later completed an internship at Fendi with West in 2009. He’s received various honors, including the British Fashion Awards Urban Luxe Award and International Designer of the Year at the GQ Men of the Year Awards in 2017.

The post The ‘Hottest Brand On The Planet’ Was Created By a Black Man appeared first on Black Enterprise.