Dee-Ann Kentish-Rogers, a dark-skinned beauty with dreadlocks, became the first black woman to be crowned Miss Universe Great Britain in the pageant’s 66-year history on Saturday. As a result, the 25-year-old will go on to represent the United Kingdom at the international 2018 Miss Universe competition later this year.

Originally from Anguilla, a British territory in the Caribbean, Rogers never aspired to be a beauty queen. Instead, she played competitive sports, dreamed of becoming an Olympic heptathlete, and competed in the Commonwealth Games twice. However, a knee injury deterred her from the Olympics. That’s when she decided to pursue pageantry while simultaneously studying for the bar exam—which she recently passed—in order to become a barrister.

“My dream kind of reinvented itself and it shifted into pageantry because in pageantry you have the same reach,” she told BBC News. “Miss Universe Great Britain was the pageant equivalent of becoming an Olympic athlete for Great Britain.”

Ironically, Rogers says preparing for the Miss Universe Great Britain competition was more challenging than training for a sports match. “They’re very similar, but being in a pageant you have to undergo a kind of surgical examination of yourself, your ambitions, things that people don’t do until they’re very, very old.” She added, “most of the preparation for the Commonwealth Games is done on the track…but in pageantry, the mind is the focal point, and the mind is, I think, the hardest muscle to master.” 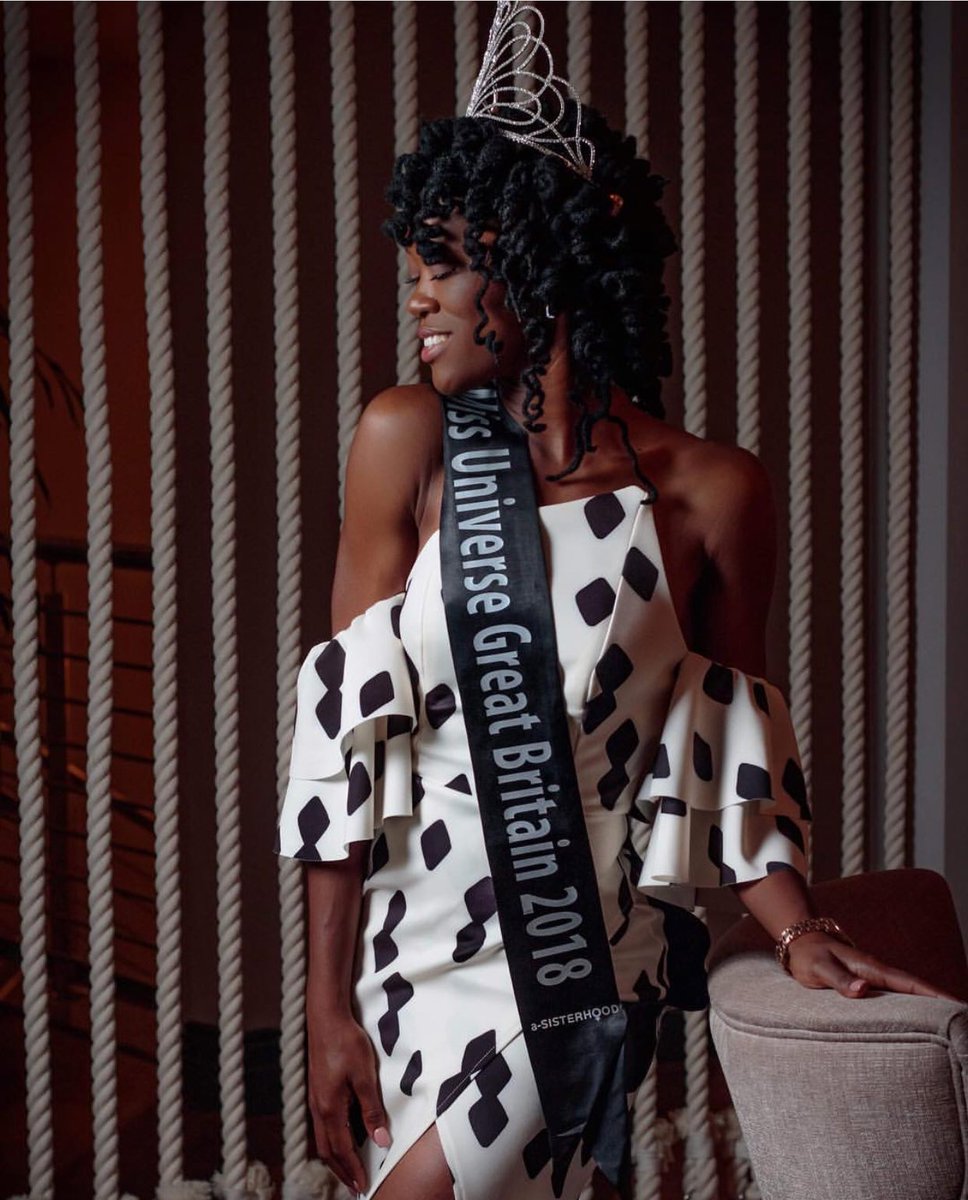 Following her historic win, she received an outpouring of support from around the world via social media, which she admitted “kind of startled” her. “Although I’ve been preparing for this pageant for a long time, I’ve just been preparing as Dee-Ann,” she said. “Now that I’ve won the pageant, I’ve come to the realization that I’ve not only won the pageant as Dee-Ann, but as a black woman.” Nevertheless, she described the win as “a great achievement.”

Prior to her win, the University of Birmingham graduate told Pageants News that she believes she is the first woman to compete in Miss Universe Great Britain with dreadlocks. “To my knowledge, I am the first dreadlocked woman to walk across a Miss Universe Great Britain stage and that is absolutely most exciting to me,” she said. However, she also admitted that she was questioned on whether or not she’d consider straightening her hair for the competition. She refused. “I felt that it was very important for me to represent my cultural identity and to represent myself truly on this platform. This is a part of who I am. If you’re going to take one part of me, you’re going to take all of me.”

Should she win the Miss Universe pageant in December, Kentish-Rogers would join this list of women of color who earned the crown.

The post The First Black Woman to be Crowned Miss Universe Great Britain Speaks Out appeared first on Black Enterprise.