When T.I.’s manager and business partner Douglas Peterson first contacted music video producer Antwanette McLaughlin to present her with an idea for a pop-up experience, she had no clue what he was talking about. His plan was to convert an abandoned shack on the west side of Atlanta into “Escape the Trap,” a combination maze, cryptic codes, brain teasers, and riddles that visitors would have to decode in a 30-minute time frame.

McLaughlin remembers that conference call being mass confusion: A bunch of men on a speakerphone trying to scream out different ideas all at once. She took on the project despite still not knowing what the outcome would be. “The conversation was nurtured because I didn’t get it,” McLaughlin told BLACK ENTERPRISE.

“We ended up meeting. It took about a week or two for us to flush out the concept for me to understand it and see it. I couldn’t see it in my brain at first then finally as we kept talking, I could see it.” 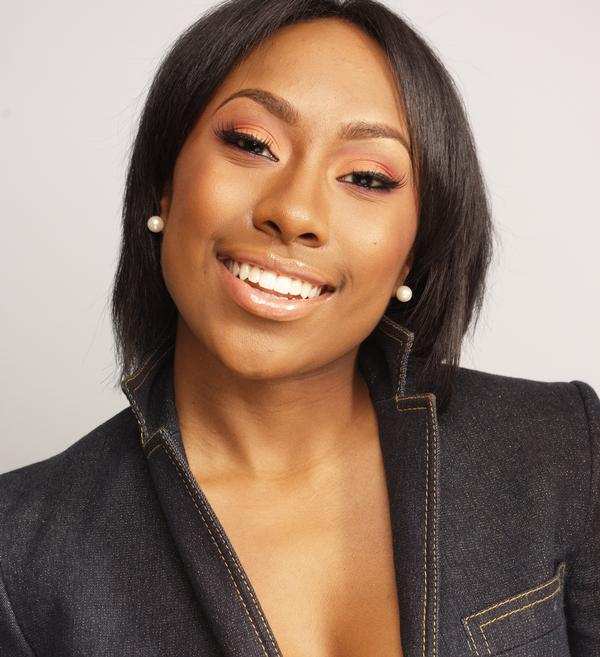 McLaughlin is the creative director and founder of her own boutique production company, The Spice Group, which co-curated the Trap Music Museum, along with T.I., visual artist D.L. Warfield, and Peterson. She, along with a team of 30-50 people, re-purposed an old warehouse in The Bluff, a crime-ridden, low-income community on Atlanta’s west side, into three-dimensional, interactive installations that bring the eerie-sounding hip-hop subgenre and its grim subject matter popularized by T.I., Jeezy, Gucci Mane, Migos, Pusha T, and Rick Ross to life.

Opened in October 2018, the Trap Music Museum is now one of Atlanta’s high volume, cutting-edge tourist attractions. The Trap Music Museum’s interior starts with a mock corner store that transitions into a living room decorated with plastic-covered furniture adorned with  framed child portraits of some of the subgenre’s more popular acts. The main area includes a large foam snowman, a pink big-bodied Chevrolet Caprice Classic, banners etched with codes of the streets, mugshots, oil paintings of rappers, and mini-shrines dedicated to the rappers. The Trap Music Museum was fully assembled and designed in two months. There are plans to turn the destination into a traveling exhibition across the U.S.

McLaughlin was also the chief creative strategist behind the Motel 21 activation to promote Grammy-nominated chart topper 21 Savage’s sophomore album I Am>I Was. She, and a crew of 50-75 people, (11 on her core team who are all women) took a week to turn a seedy motel in Decatur, Georgia, into a series of pop-up rooms that graphically depict and capture I Am>I Was track listing.

Bringing 21 Savage’s vision to life came from McLaughlin sitting in on many of the “Bank Account” rapper’s recording sessions. She paid close attention to his body language along with the vibe and the energy in the room. For McLaughlin, her creative process always starts by giving the artists her full undivided attention.

“I catch what I can catch like a reporter and make notes; then go back to their team and ask if they like it or not,” the Clark Atlanta University alumna said. “Every client is different. A lot of artists are reserved, and they don’t speak unless it’s time to be spoken to or they don’t say anything if everything is right. They will speak if they have a specific thing that they want to share. Some artists have something to say the whole way through. If they were all the same, it wouldn’t be fun.” 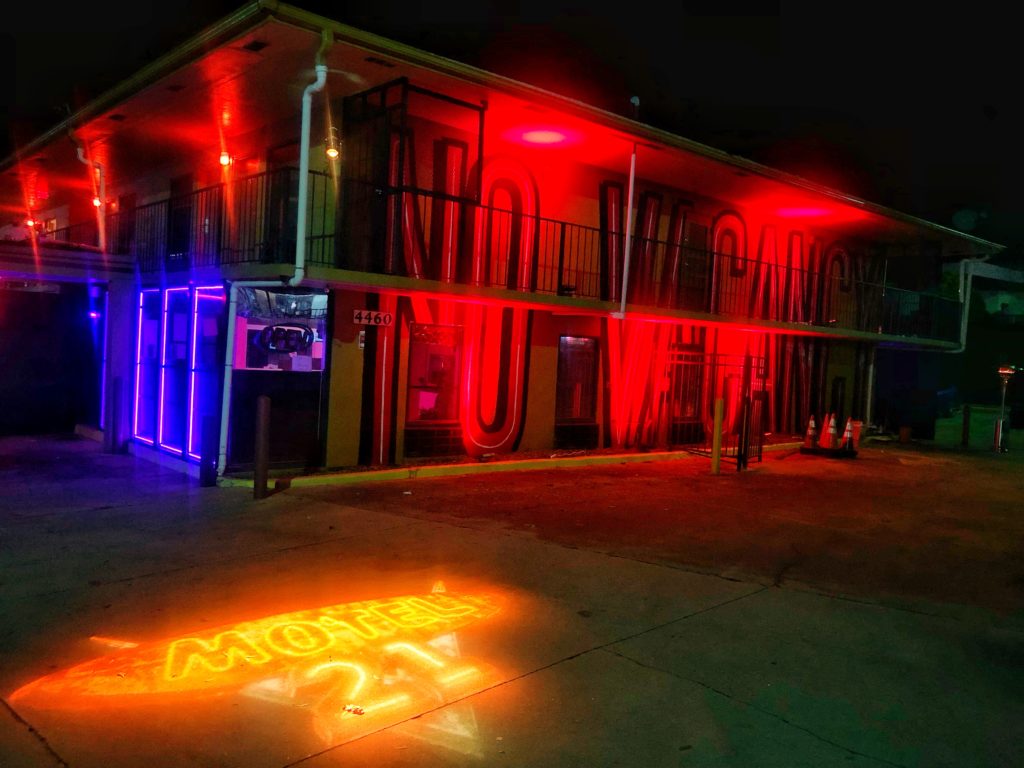 Motel 21, an interactive pop up in Decatur, Georgia.

Breathing Life Into A Vision

Now, because music is primarily accessed and consumed via streaming platforms and social media, McLaughlin believes activations such as the Trap Music Museum and Motel 21 are great vehicles for popular acts to connect with younger audiences.

“Young people don’t connect unless they can see it or touch it,” she said. “They’re not going to go the long route of Googling, researching, and reading articles. They want to look at a picture, touch it, talk about it, or insert themselves into it. You touch millions of people that way per se rather than having something uploaded online.”

Peterson remembers McLaughlin’s temperament to execute the vision. “[Antwanette’s] a genius,” he said. “In our eyes, it was a lot of arguing, fussing, and fighting, but at the end of the day, it was for the culture. When it was all said and done, we all created something that we could all be proud of. It’s something everybody will enjoy. It’s dope.” 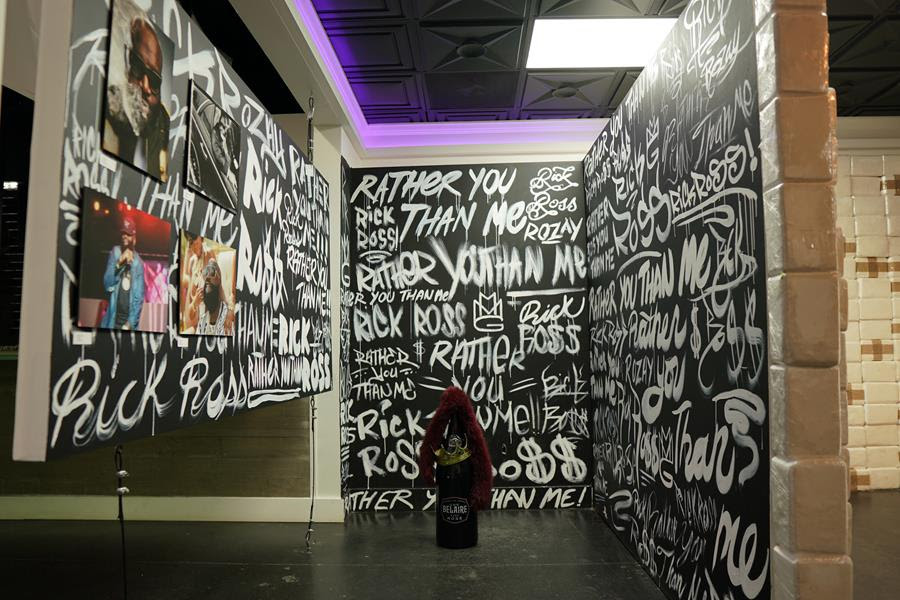 The Trap Music Museum and Escape Room in Atlanta

McLaughlin cut her teeth in entertainment as a professional dancer and choreographer. The former dance talent spent time in Los Angeles, performing with Jagged Edge, Ying Yang Twins, Outkast, Nelly, Fat Joe and Jennifer Lopez. She originally set her sights on Broadway, but says the theatre community wanted a token black girl who could sing, dance and act. Dance was McLaughlin’s passion, but she also noticed the lack of women of color in executive roles in theatre.

The creative made the conscious decision to quit dancing to become a music executive. Too often, she would overhear artists, managers, and label executives at rehearsals chatting about the artists’ performances, set designs, and tour schedules. McLaughlin felt the suits’ observations always missed the mark. “All of them were saying the wrong stuff,” she recalls.

“Every time I would hear them, I knew how to fix every problem. I knew my voice was bigger, and my voice couldn’t be heard just being a dancer all the time.” By the time McLaughlin pivoted deeper into the music business, she was living in Las Vegas, working with Celine Dion, Mary J. Blige, Rihanna, and Mariah Carey. While at Interscope Records, she handled artist development for Keri Hilson, Mario, and Rich Boy. Following her stint as creative director and executive assistant to Grammy-winning singer/songwriter The-Dream, she started The Spice Group in 2010.

Managing a successful business always poses new challenges to McLaughlin. She emphasizes how good she is at articulating details to her staff, though, she says it gets on their nerves. She uses numerous pictures, collages, boards, and descriptions to illustrate her plans. If McLaughlin coaches someone, she considers herself “a good teacher.” 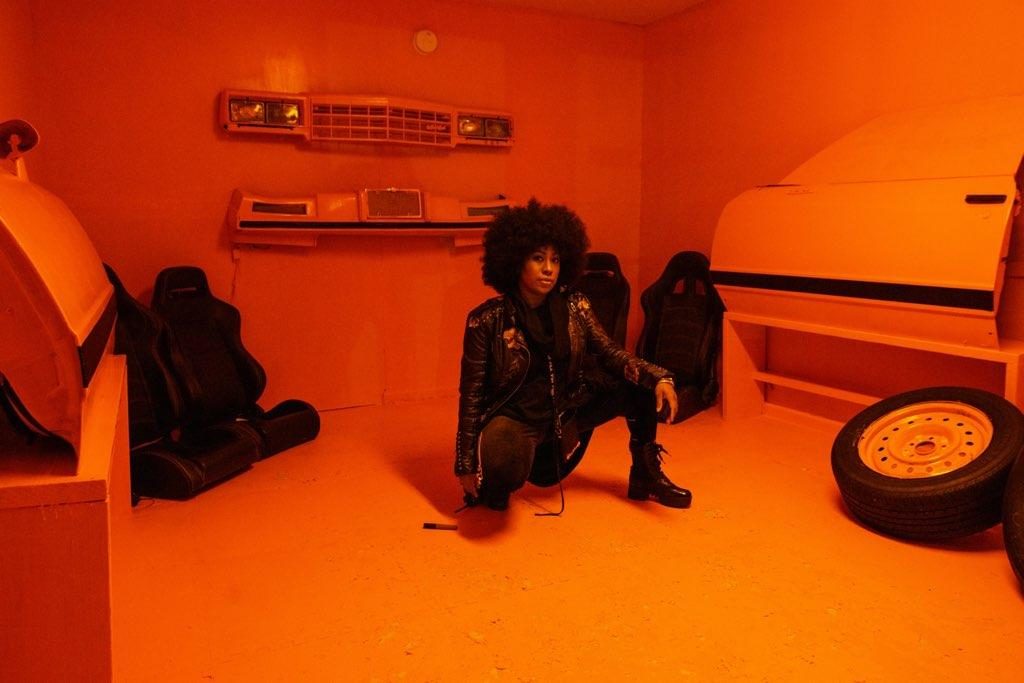 “I know exactly what I want,” the organized boss said. “When it’s not done right, I’m very adamant about showing you. I teach and explain very well. I do that as much as I can until we get busy. Because when it gets busy, there’s no time to talk.”

She continues, “When we’re not busy, I’m always feeding information. If I see anything wrong, I point out that’s not right. If you put it in your head to get it right the first time, then you’ll be fine.”

McLaughlin is proud to be a black, female business owner exposing audiences to art and museum culture. She’s aware that trap music’s graphic, vulgar subject matter may be a problem to some critics, but says trap music’s lyrical content may be what will encourage people to appreciate a new form of high-brow art.

“There are all kinds of stuff is in the world that I don’t necessarily agree with but it’s interesting,” McLaughlin said. “You learn something from it. We’re getting people to come see art. People come in here who have never been to an art show. That’s beauty. If you don’t bring anything to the community, then they won’t know that they can do something else outside of the community. That’s what we do: take a seed and make it blossom.”

Editor’s Note: The headline and the body of this article were updated on March 18, 2019, to reflect that The Trap Music Museum and Escape Room was co-curated by Antwanette McLaughlin’s company, The Spice Group, along with T.I., visual artist D.L. Warfield, and Douglas Peterson.

The post The Black Woman Who Helped Turn Trap Music Into A Museum appeared first on Black Enterprise.