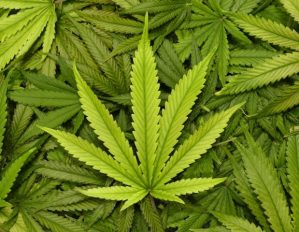 As if marijuana users needed another reason to smoke a joint, a new study reveals that cannabis may actually reverse the aging process in the human brain.

In the study, which was led by researchers at the University of Bonn in Germany and was recently published in the journal Natural Medicine, scientists found that cannabis helped older mice retain certain cognitive abilities that usually digress with age.

According to the study, older mice were given a small amount of THC, the main active ingredient in cannabis, over a period of four weeks. In turn, the mice regressed to the mental state of a two-month-old mouse. On the other hand, younger mice who were exposed to THC performed slightly worse on tests that measured their memory, behavior, and ability to learn.

“[The] results reveal a profound, long-lasting improvement of cognitive performance resulting from a low dose of THC treatment in mature and old animals,” the study reports.

Andras Bilkei-Gorzo, a neuroscientist who participated in conducting the study, told Voice of America that they were bedazzled by their findings. “The treatment made the young brain old and the old brain young. So, that was something that was above our imagination,” Bilkei-Gorzo said, as reported by voanews.com.

This scientific discovery could help researchers find ways to slow down or even reverse the cognitive aging process of humans. It may also lead to a medical breakthrough when it comes to treating age-related diseases like dementia.

“Cannabis preparations and THC are used for medicinal purposes,” the study reports. “They have an excellent safety record and do not produce adverse side-effects when administered at a low dose to older individuals. Thus, chronic, low-dose treatment with THC or cannabis extracts could be a potential strategy to slow down or even to reverse cognitive decline in the elderly.”