Rapper Remy Ma knows firsthand what it is to have the right to vote, lose it due to incarceration, and regain the privilege after New York Gov. Andrew Cuomo restored voting rights to felons on parole. In August 2014, Remy Ma was released from prison after serving six years. Now she is an advocate for felon voting rights.

In every election, millions of Americans go unheard because they are unable to participate in the electoral process because of their unlawful pasts. According to the Sentencing Project, 6.1 million people could not vote in the 2016 elections because of felony disenfranchisement. The numbers for African Americans are more alarming. The organization reports that 1 in 13 African Americans lost their voting rights due to felonies, versus 1 in 56 non-black voters.

The harsh reality is that there are more black people incarcerated in American than there were enslaved in 1850.

During the BET News midterm election special Our Vote. Our Power with Angela Rye, Remy Ma shared what it was like to be in prison during the 2008 presidential election and how that sparked her interest in learning more about the criminal justice system and politics. 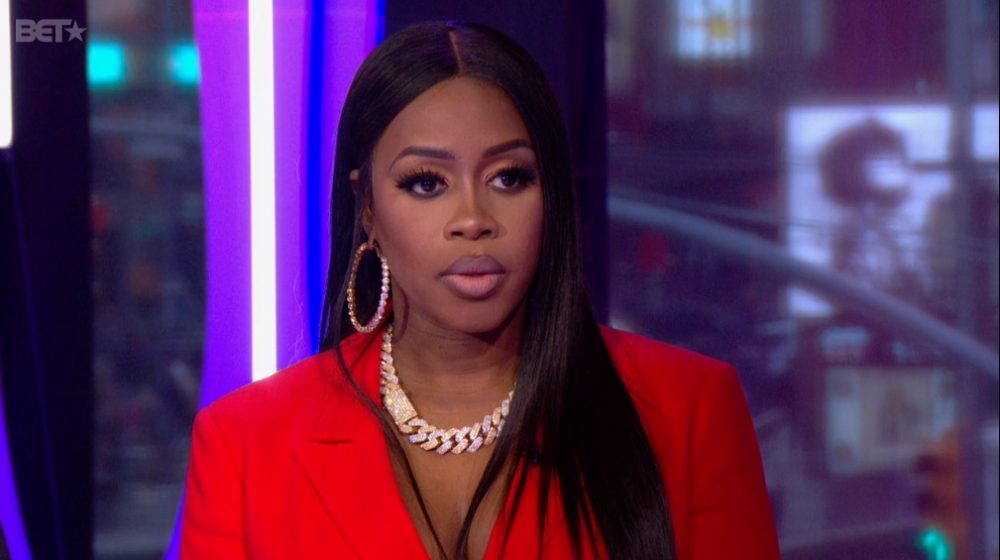 But she soon learned that that mindset was just as damaging as those who “get handed” positions because of people who don’t vote.

“They let us out to watch the Super Bowl or the NBA Finals but everyone was locked down when Obama was running for office. We weren’t allowed to see that because they were scared that there might be an uprising,” she recalled.

After being released, she vowed to vote in every election but soon realized she wasn’t able to because she is on parole.

“I was happy that I can vote. But then I realized he’s also running for office. It made me think even more… If I paid my debt to society, what does that have to do with my impact to vote?” she added.

Felony disenfranchisement, also known as disfranchisement, was formed in the late 1860s during the time when the 15th Amendment was being contested against giving African Americans the right to vote. In short, over 100 years’ worth of laws was put into place to keep black people in jail and unable to participate politically. And those laws have been masked and passed time and time again, which still affects black people.

According to the National Conference of State Legislatures;

Although Remy Ma had to learn the hard way, she said that she’s grateful for being able to have her eyes opened to the issues that she never cared about had she not went gone them. “I had to have all of the [rights] taken away and slowly get it back for me to appreciate the gift to be able to decide what goes on around me.”

That is why she is rallying others to vote. “People really don’t know what they have until it’s gone or their life depends on it.”

The post Remy Ma On Why She Advocates for Felon Voting Rights appeared first on Black Enterprise.