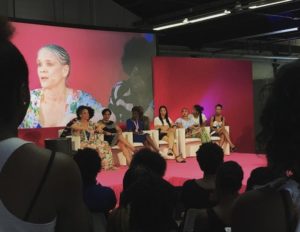 Recently, the Natural Hair Academy in Paris held one of the largest natural hair conferences in the world, boasting over thousands of natural beauties and vendors.

Black Enterprise was there to talk about how to feel comfortable in your own skin, but more importantly, what it takes to be unapologetically black. In addition to a representative from SheaMoisture, panelists included singer, actress, and co-host of the BET Africa TV show, BET A-List, Nandi Madida; acclaimed French pop-soul singer Imany; writer and “image activist” Michaela Angela Davis; and French-Senegalese journalist, award-winning filmmaker, and activist Rokhaya Diallo. 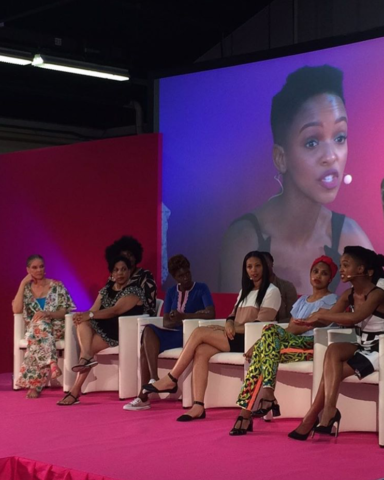 Even Farouk James was there, a child model who’s already achieved celebrity status and has even appeared on NBC’s Little Big Shots due to his luscious locks. James appeared with his beautiful signature curly mane in tow. 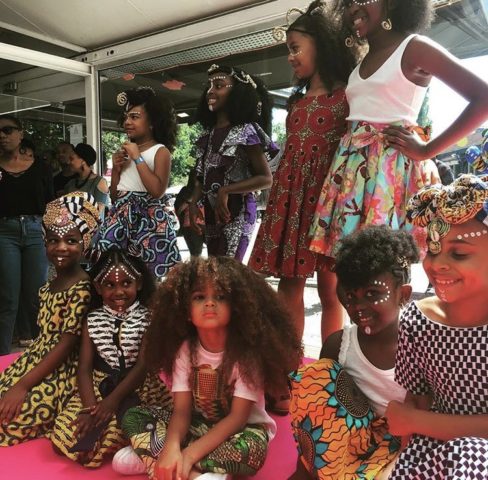 Farouk James pictured along side of other natural hair models (Image: Isabelle Mo)

Brands like SheaMoisture, CURLS, Cantu Beauty, The Mane Choice, and Carolina-B also showed up and showed out by giving live hair demonstrations. The informative demos were all about how to best nourish and maintain curly textured hair.

When Nandi Madida was asked if she thought that natural hair was simply a trend, she had a few choice words, which really resonated with the audience. “Natural hair means everything. It means loving your skin—who you are, your self-esteem—and it is paramount. It is not a trend; it is who we are.”

Yet and still, one glaring problem still remains—access to capital. Most of the larger, well-known brands happen to be owned by stakeholders that, more than likely, could not tell you what a Bantu knot is. In order for the black community to take total ownership of the natural hair care movement at scale, things need to start at the investing level. Unfortunately, many black entrepreneurs still struggle with getting their foot in that particular door.

So, where does that leave us? We have to continue to fight and ensure that we partner with the right investors that understand and share the overall mission of these companies. This way, we can continue to provide products to the masses and properly service our communities.

In the meantime, let’s continue to support these efforts, where we can. To find out more details about the Natural Hair Academy conference, click here.