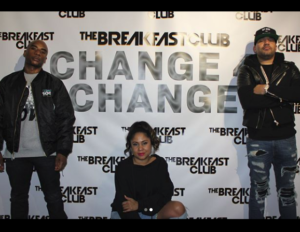 OneUnited Bank, (No. 2 on the 2017 BE BANKS list with $655 million in assets), recently joined forces with powerhouse 105.1 New York radio platform The Breakfast Club for their Change4Change Radiothon which raised more than $700,000 to support social justice initiatives and activists. The funds will benefit The Gathering for Justice, an organization founded by Harry Belafonte whose mission is to promote social justice, eliminate racial inequalities, and prevent child incarceration. The organization is also a sponsor of Colin Kaepernick’s Know Your Rights Campaign and The National Women’s March. 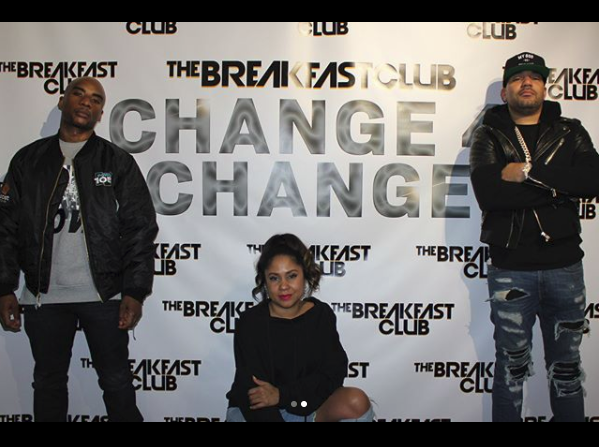 Breakfast Club hosts Charlamagne Tha God, DJ Envy, and Angela Yee utilized texting for fundraising efforts, and celebrities called in to talk about social injustice and how important it is for everyone to do their part in being active in forging change. Music and Hollywood heavyweights including Diddy, Kevin Hart, will.i.am, Ludacris, Cardi B, Eminem, and Nick Cannon donated to the cause, and thousands of listeners contributed as well.

“Raising money is hard. For some reason, when it comes to doing the right thing, a lot of people don’t step up,” will.i.am, award-winning musician, entrepreneur, and activist told The Breakfast Club during a call from South Africa. “I’ll put in 20…20K.” His donation, according to the hosts, was an early spark to raise the bar for other celebrities to chip in generously.

During the radiothon, music mogul Diddy talked about the legacy and importance of the work of Harry Belafonte and the roadblocks today’s activists encounter in continuing social justice work. “We live in a time where we don’t have organizations that really have the infrastructure those guys had in the civil rights movement to be able to organize and galvanize to make change. … The only thing that is going to make change is money, to be honest—economic power,” Diddy told the show hosts. “Put me down for 100,000.”

Activists included Tamika Mallory lauded the efforts of the initiative and spoke out on how vital it is for communities to take active roles in making America greater.

“It’s truly an incredible feeling,” activist Mallory told The Breakfast Club. “If our people want us to continue to uplift our voices and tend to the most marginalized communities, we need to have the support whether it be $1 to $50,000. We need the support so that everyone has skin in the game.”

OneUnited Bank and its leadership, including power woman President and COO Teri Williams, have driven a social activism vehicle of their own, often encouraging the black community and its supporters to move their money into black-owned financial institutions (or #BankBlack) but also rev up efforts to support and partner in building black-owned businesses. 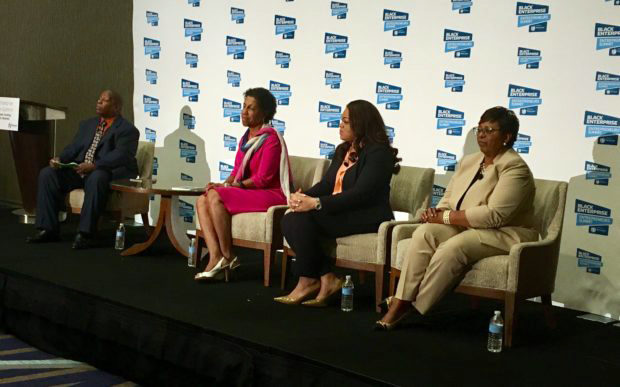 “It’s the threshold for a community to do business with ourselves,” Williams said at this year’s Black Enterprise Entrepreneurs Summit. She’s been vocal about the importance of black communities empowering themselves by thinking about social justice even in where they choose to bank. “Once you bank black, you don’t go back.”

Find out more information on the Change4Change initiative here. The Breakfast Club will take donations through Dec. 1.