After surviving one of the most horrific acts of racialized violence in U.S. history and then making history as one of the first black women to join the U.S. Coast Guard, Olivia Hooker passed away last week at the age of 103.

Hooker was one of the last survivors of the 1921 Tulsa Race Riots, a brutal massacre that decimated a successful African American enclave in Tulsa, Oklahoma, known as Black Wall Street. During the attack, a mob of angry white men set the community ablaze, killing hundreds of black residents and leaving thousands more homeless. Hooker was six years old when the group of torch-carriers destroyed her family home. Back in May, she told NPR that she still remembers hearing an ax crush her sister’s piano.

“I had been in school for two years and I knew about life, liberty, and the pursuit of happiness, and I thought it pertained to me until that day,” Hooker told BLACK ENTERPRISE in 2008.

During the riots, Tulsa police and government agents reportedly provided firearms and ammunition to the white citizens, in addition to participating in the violence themselves. “The people who were supposed to protect [us] did not,” Hooker said. 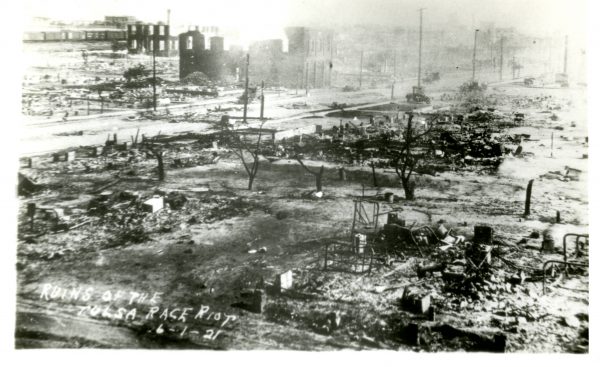 Following the riots, Hooker’s family struggled to recover from the psychological and financial damage inflicted upon them. They moved out of Oklahoma and in 1945, she became the first African American admitted to the U.S. Coast Guard as a member of the Semper Paratus program (SPARs).

Hooker went on to obtain a master’s degree from Columbia University along with a Ph.D. in psychology from the University of Rochester. Later, she worked as a professor at Fordham University in New York, reports The Associated Press.

She, however, remained committed to fighting for justice and reparations for the survivors and descendants of the massacre. In 1997, she joined the Tulsa Race Riot Commission and in 2003, she participated in a class action lawsuit against the city of Tulsa and the state of Oklahoma. The civil rights suit sought compensation for the damages that occurred as a direct result of the government’s involvement in the massacre. The U.S. Supreme Court dismissed the lawsuit in 2005.

In 2015, President Barack Obama honored Hooker during a Coast Guard ceremony, calling her a “tireless voice for justice and equality.” That same year, the Coast Guard named a building on Staten Island after her.

According to her goddaughter, Janis Porter, Hooker died Nov. 21 at their home in White Plains, New York. Porter said she had no surviving relatives and didn’t provide a cause of death. “Her mind was clear, no dementia. She was just tired,” Porter told KTLA 5.

To learn more about the Tulsa Race Riot and how black Tulsans are continuing to fight for justice, read America’s Forgotten Massacre: The Destruction and Revitalization of Black Wall Street.

The post Olivia Hooker, One of the Last Survivors of The Tulsa Race Riot, Dies At 103 appeared first on Black Enterprise.