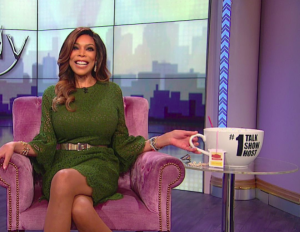 What just happened to #WendyWilliams? This wasn’t planned! OMG! pic.twitter.com/Pi7TKs0mBv

Who was watching Wendy Williams on Halloween and gasped when she took a tumble? Although we were all relieved to see her be the trooper we know her to be and come back and finish the show—here are some important takeaways to consider.

First off, we love you, Wendy. We know the show must go on but please take care of yourself. 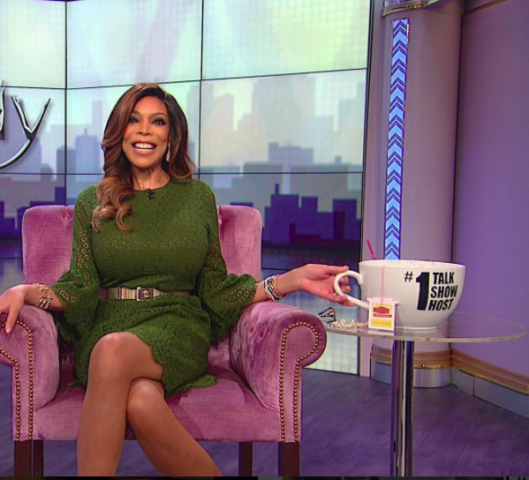 Although I am not a part of Wendy’s healthcare team and don’t know her medical history, as a veteran advanced practice nurse and someone who has spent most of my career in critical care and now the emergency room—my first impression was OMG, is Wendy having a stroke? And many other people thought the same thing and here’s why …

We love Wendy and wish her well but just like the American Heart and Stroke Association, I want people to think F.A.S.T

F – Face. Ask the person to smile to look for facial droop or asymmetry.

A – Arm. Ask the person to hold their arms out. Does one arm drift downward?

S – Speech. Ask the person to say a simple phrase. Is their speech slurred or strange?

T – Time. If anyone displays these or other signs of stroke, call 911 immediately.

This is important because time is tissue. The more time that passes without treatment the more brain tissue is injured and increases the possibility of permanent damage. Strokes can present differently in people and we can’t predict their severity so the best thing is to call 911 and get medical attention.

So let’s be clear—I’m NOT diagnosing Wendy. And let’s be honest – EVERYONE who was watching was worried about what was happening and many people watching (even non-health professionals) had the same concerns that she was having a stroke because …

F – She had facial asymmetry. When you compared her eyes—the right side of her face stayed the same while the left was exaggerated in response.

A –  Although no one asked her to hold her arms out for drift. We know she had muscle weakness because she stumbled, raised one arm higher than the other when reaching for her head and ultimately was so weak she collapsed.

S – Her speech was slurred. She was talking just fine and then it changed. Instead of saying “our first guest” it came out as “our fursst caress.”

T – Time! The show went dark for a second but she came back to finish. Deep down I was hoping she was going to take the time off to get medical attention. We all would have understood.

When someone presents to the ED with symptoms of a stroke – health professionals work quickly as if it were a stroke until proven otherwise. And the reason is that we want to rule out the most serious cause FIRST. And then once a stroke is ruled out we can look into other things like being overheated, having low blood sugar, exhaustion, etc. If a stroke is identified right away there are timely interventions we can perform within a specific time frame. We look at presenting symptoms and confirm them with CT scans, MRIs, blood tests, and a more detailed physical and neurological assessment. There is also an important clot buster medication called TPA we can give within a 3-hour (sometimes 4.5- hour) window of symptom onset if it is, in fact, a stroke caused by a blood clot.

And for those who use the term mini-stroke because symptoms resolve, those are called TIAs (transient ischemic attacks). The risk factors and symptoms are similar to strokes, and symptoms resolve on their own but they are red flags that a person may have a stroke in the future. For more information about strokes and TIAs, please visit stroke.org.

Could it truly have been that Wendy was overheated in her costume (aka heat stroke)? Absolutely! But only her doctor would be able to clearly say that and after a medical work-up and further assessment. But even if you’ve been overheated in the past and pass out—that’s not healthy for you. And it also doesn’t make you exempt from having a stroke in the future so don’t always dismiss changes in your health to minor things.

The takeaway message here for people is: don’t just assume. If anyone presents with signs that could possibly be a stroke, please call 911. Act like their life depends on it. You’d want someone to act on your behalf if it were you. Your life and health are too important to dismiss unexplained health issues. Dehydration and overheating are real but wouldn’t you want to know for sure that you weren’t having a stroke? And if it was a stroke, wouldn’t you want to get to a hospital early enough so you could receive stroke saving medications and therapy? And even if it weren’t a stroke, you can rest assured of that and begin to work on whatever the cause was and work on preventing it from happening again. Listen to your body.

What do you think? Do you have some questions or want to make a comment? I’d love to hear from you. You can post them on Twitter or Facebook using #AskNurseAlice or email them to info@AskNurseAlice.com.