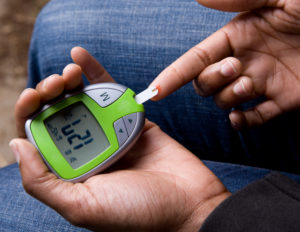 One of the tests used to diagnose Type 2 diabetes and monitor blood sugar control is influenced by 60 genetic variants, an international team of scientists has discovered. One genetic variant in particular, found only in African Americans, significantly reduces the accuracy of the HbA1c blood test used to diagnose and monitor the condition. This means around 650,000 African Americans in the U.S. could have undiagnosed Type 2 diabetes if tested with the HbA1c test alone. 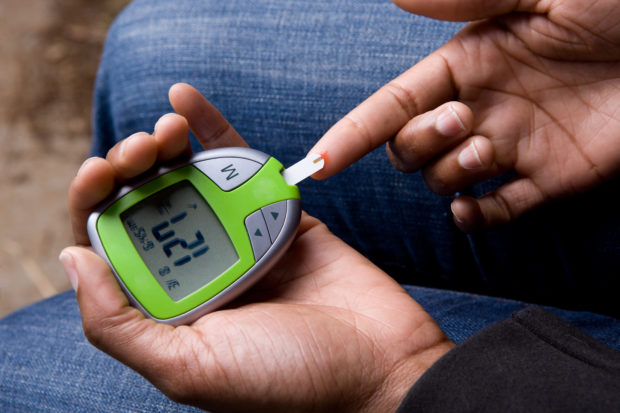 The results, published in PLOS Medicine suggest screening for the particular genetic variant alongside the diagnostic test, or using other diagnostic tests in populations with African ancestry in order to improve diagnoses of Type 2 diabetes.

According to the Centers for Disease Control and Prevention, there are over 100 million U.S. adults living with diabetes or pre-diabetes. There are 30.3 million Americans who have diabetes and another 84.1 million have pre-diabetes, a condition that if not treated often leads to Type 2 diabetes within five years.

According to the US Department Office of Minority Health, the prevalence rate of diabetes in African Americans is 13.4%. African Americans are almost twice as likely to be diagnosed with diabetes as non-Hispanic whites. In addition, they are more likely to suffer complications from diabetes, such as end-stage renal disease and lower extremity amputations.

However, in an interesting scientific twist, the number of diabetic African Americans may actually be higher accompanied with a delayed diagnosis resulting in a longer undiagnosed period and subjecting them to states of untreated higher glycemia causing an increased risk for long-term diabetes complications.

In the largest study of its kind, an international team of more than 200 scientists investigated genetic variants thought to affect the blood test used to diagnose and monitor Type 2 diabetes, known as the glycated hemoglobin, or HbA1c test.

The team studied genetic variants in almost 160,000 people from European, African, East Asian, and South Asian ancestries who were not known to have Type 2 diabetes. Researchers discovered 60 genetic variants that influence the outcome of HbA1c tests.

The issue with the G6PD genetic variant is it artificially lowers the value of blood sugar in the HbA1c test, and can lead to under-diagnosis of people with Type 2 diabetes. Otherwise, the HbA1c test remains a suitable test for diagnosing and monitoring diabetes for the majority of people.

The HbA1c test measures the amount of glucose, or sugar that is carried by the red blood cells in the body, for the previous two to three months. The G6PD genetic variant shortens the three-month lifecycle of red blood cells. So in African Americans who have this variant, their red blood cells don’t live long enough to bind to the glucose in the blood. Therefore these people will have a lower level of HbA1c, which won’t show as a positive result for Type 2 diabetes.

Medicine is not a one size fits all. And studies like this are one step closer to precision medicine, which takes people’s genetics into account and improves diagnosis and monitoring for diseases such as diabetes. In the meantime, an option would be to genetically screen African Americans for the G6PD variant alongside the HbA1c test in order to accurately diagnose Type 2 diabetes, or use other diagnostic tests such as fasting glucose measurements.