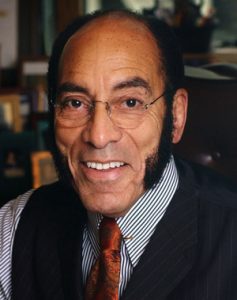 These basic privileges of freedom lie at the foundation of what it means to be an American citizen. Even these three concepts can be distilled down to an even simpler, more basic one: The right to exist; to live.

For centuries, African Americans have endured the violation of that basic right by white Americans who feel entitled, by virtue of their race alone, to decide when and where a black person should exist. While this has been true throughout the history of our nation, the current era of cell phone cameras and social media has thrown an ugly spotlight on just how often white people will randomly and capriciously decide that a black person “doesn’t belong here”—and call the police.

The reasoning behind these reprehensible and irresponsible actions (and waste of police time and resources) are as ridiculous as they are varied. White people have called 911 in response to:

-A black female graduate student at Yale University, for napping in the lounge of a dormitory, by a white college student who wasn’t sure she belonged there.

-An 8-year-old black girl selling water in San Francisco, because the girl’s mother was too loud and the selling of the water “illegal.”

-A 12-year-old black boy operating his lawn mowing enterprise in Ohio, because he may have unintentionally mowed a portion of a neighbor’s lawn while mowing an adjacent lawn.

-A trio of black filmmakers staying at an AirBnB in Rialto, California, for failing to wave to a neighboring white person who waved at them.

-In perhaps the best-known case, two black men, Rashon Nelson and Dante Robinson, for “trespassing” because they waited for a meeting with a business associate in a Philadelphia Starbucks without ordering coffee. (This incident prompted Starbucks to shut down all of its stores for racial bias training this past May.)

I could go on, and talk about police being called on the black fire inspector doing his job in a predominantly white neighborhood, the black family holding a funeral for a loved one, the black real estate investor looking at a property, and countless others—all violated by racial profilers gone wild.

In the past, incidents like these were dismissed by white people as exceptional, “isolated” cases, innocent mistakes—or outright disbelieved. But the ubiquitousness of phone cameras and 911 records now provide incontrovertible evidence of what black people endure at the hands of white people who randomly decide we “don’t belong here,” that our very presence as black people makes them feel unsafe, and thus, justified in calling the police.

The truth is that black people—and society as a whole—are paying the price imposed by certain white people suffering with internalized racial superiority (IRS). People with IRS essentially believe that they, as white people, belong (especially in places, such as an Ivy League dorm lounge, they view as “white” spaces), and we, as black people, do not. Racial profiling practiced by white people suffering with IRS has laid the foundation and created the environment from which the routine and epidemic shooting of unarmed black people by law enforcement is a natural outgrowth.

That is not just racist; it is un-American, and we—all Americans, of all races—must stand up and speak out against it. There needs to be real consequences, including criminal charges, for those who recklessly and capriciously misuse the time, attention, and resources of law enforcement, as if they were a personal security force for white people alone. We need to press our elected officials as well as state and local legislators to put the appropriate legal sanctions in place to punish those who call 911 on black people for merely living their lives, and disincentivize others from doing so.

The violation of black people’s basic human right to exist, to belong, or simply live their lives and enjoy the benefits of American citizenship unencumbered, must no longer be tolerated.

The post MEMO TO AMERICA: ‘BELONGING’ IS A CIVIL RIGHT, NOT AN OPTION appeared first on Black Enterprise.