In addition to her undefeated boxing record and being the daughter of the legendary Muhammad Ali, Laila Ali is a chef, author, entrepreneur, and television host. On top of that, she’s a health-conscious wife and mother dedicated to empowering people through healthy lifestyle options. That’s why it comes with little surprise that she signed on to be the face of Home Made Simple’s new eco-friendly cleaning product line.

Many know Home Made Simple as an Emmy-award winning docuseries Ali hosts on the OWN network. On the show, Ali and a team of experts help real people transform their homes and lives by using creative solutions to everyday home challenges and design dilemmas. On March 27, the lifestyle brand announced the next phase of its budding empire: a line of plant-based household products that include a hand soap, dish soap, multi-purpose cleaner, laundry detergent, and fabric softener. The collection is free of gluten, parabens, phthalates, phosphates, and dyes. Plus, the bottles are 100% recyclable, and both the laundry detergent and fabric softener bottles are made from 25% or more post-consumer recycled plastic. Ali says she signed on to promote the product line because it is in line with her values.

“I am someone who is all about having products in my home that are safe for my family. I live for the environment,” she told BLACK ENTERPRISE. “There are a lot of products that actually work, but they are not good for you or the environment.” 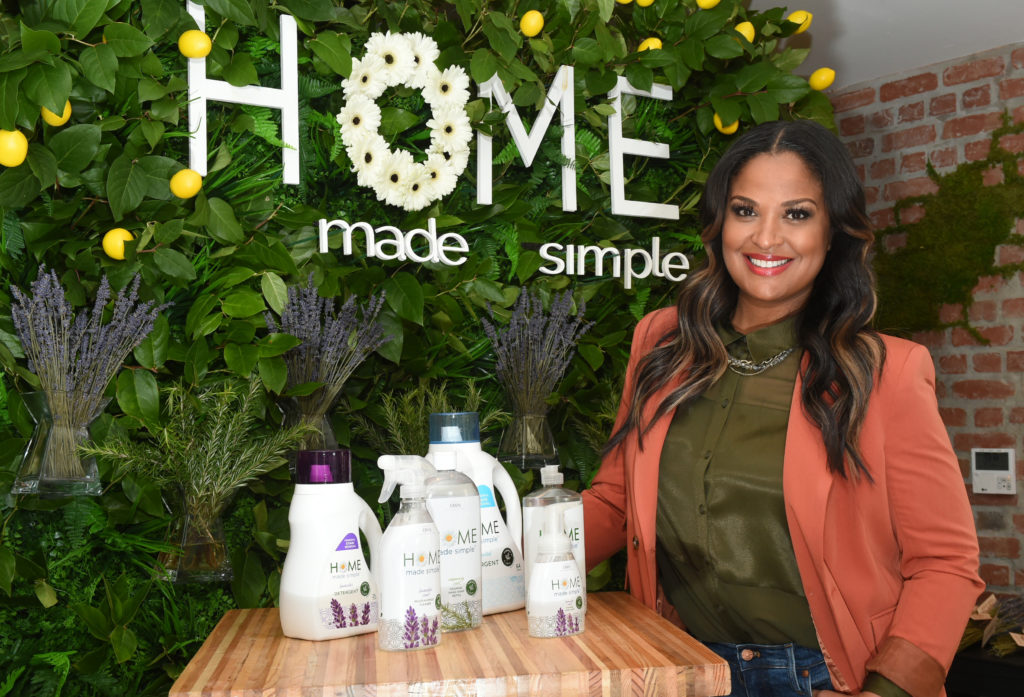 Ali has not veered far from her father’s footsteps. Outside of the ring, Muhammad Ali held steadfast beliefs in justice and equality and infamously refused to fight in the Vietnam War. He also used his platform as the world heavyweight champion to stand up for civil rights and even forfeit his heavyweight belt. The 41-year-old retired boxer said one of the biggest lessons she learned from her dad was having a “fighting mindset,” both in and out of the ring. “He really taught me to figure out how I can fight through anything that’s going on and have the best outcome. So, I kind of pretty much apply that to everything I’m doing. I don’t expect everything to be easy or go my way,“ she told BE. “Don’t look at failures as [just] failures; look at them as opportunities to grow or do something differently next time.”

Just like her father initially disapproved of Ali’s decision to step into the ring, likewise, Ali says she would caution her own 12-year-old son and 8-year-old daughter about competing in the combat sport. “I definitely don’t want them to do that because it’s a dangerous sport and I think my dad felt the same way when I started boxing, but it didn’t prevent me from doing it.” Nonetheless, she said she would support her children if they did decide to carry her family’s legacy.

The post Laila Ali On Lessons From Her Dad, Her Kids in the Ring, and Her Latest Partnership [VIDEO] appeared first on Black Enterprise.