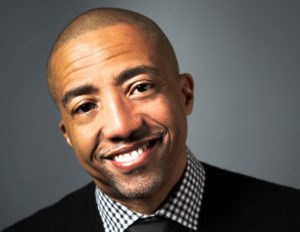 After launching a national freestyle competition earlier this year, music mogul Kevin Liles has found and signed the next big voice in hip hop. 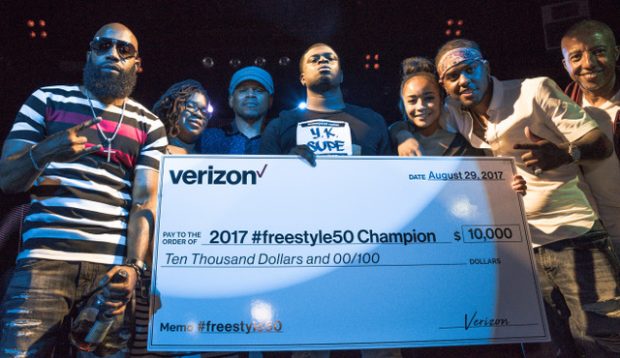 In July, Liles partnered with Verizon and launched the #freestyle50 competition, which required independent rappers to upload a freestyle video on Instagram or Twitter using the hashtag #freestyle50challenge.”

9,000 aspiring emcees took the challenge and eight were chosen from different cities around the country to face off for the grand prize in Hollywood last month. They showcased their lyrical skills in front of a panel of all-star judges that included radio legend Big Boy; Tuma Basa, Spotify’s Global Programming Head of Hip Hop; and Real 92.3’s DJ A-Oh. However, only one was crowned the winner: a local Chicago rapper by the name of Y.K Supe.

In turn, Y.K Supe won a single record deal with Liles’ record company, 300 Entertainment, and the opportunity to have his debut song produced by London On Da Track. The 23-year-old artist also walked away with $10,000 and an opening slot on 300 Entertainment’s upcoming Artist Development Tour.

“Y.K Supe clearly had a story to tell,” said Liles in a statement. “He surprised the judges with his talent and creativity and we look forward to welcoming him to the 300 family.”

“The goal of #freestyle50 was to discover that one artist with the potential to be the new voice for hip hop and support them with all the tools they need to see it through,” said London On Da Track. “Y.K Supe proved he has the talent and drive. I am excited to hit the studios with him.”

The event was hosted by Sway Calloway and Smack White and included special performances by rap icon Redman and Tee Grizzley along with a special guest appearance by pioneering hip hop executive Lyor Cohen.

Back in July, Black Enterprise Digital Editor Selena Hill spoke exclusively to Kevin Liles about the talent competition, what it takes to maintain longevity in the music industry, and the evolution of hip hop. She also spoke to London On Da Track. Watch the interviews below.