Wanda Tima didn’t feel proud of her Haitian heritage as a child. “I grew up always hearing nothing but bad things about Haiti,” she told Black Enterprise. Born to Haitian parents in Turks and Caicos, the 35-year-old entrepreneur moved to a community in South Florida in the early 90’s where Haitians were stigmatized. “Kids were being told that Haitians eat cats and all Haitians have AIDs,” she said. In addition to the taunts and scorn, Haitian students were subjected to physical bullying and violence. “I watched Haitians get beat up on the school bus and there would be a lot of gang-related fights all the time with Haitians versus Jamaicans [and] Haitians versus everybody [else]. It was so uncool to be Haitian.” 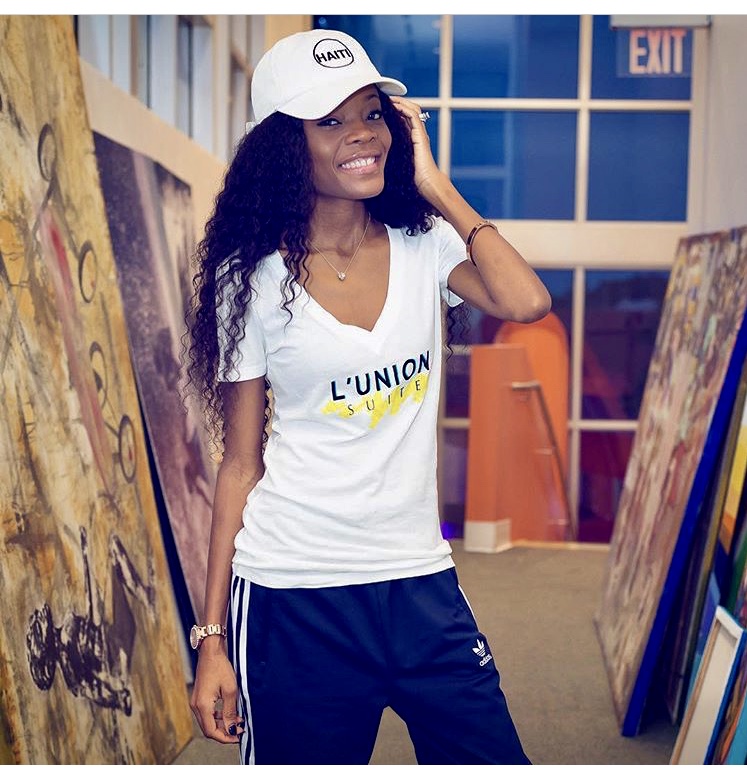 It took years before Tima fully embraced her lineage, which was triggered when she had an identity crisis as a young adult. At the time, she felt disconnected from her Haitian peers and detached from the culture at large. “You have a generation of kids, like myself, [who] were only Haitian by name,” she said. “My mom wasn’t speaking Creole to us at home and we weren’t listening to Haitian music. There wasn’t any Haitian culture in my house.” As a result, “I never really understood where I fit in.”

It wasn’t until she graduated from Bethune-Cookman University, an HBCU in Daytona, Florida, that she realized she couldn’t plan for her future without first connecting with her roots.

“There was a missing piece that I didn’t have any information on,” she said. “I was going through a phase of trying to learn more about Haiti and the culture.”

Her parents, however, discouraged her from exploring her ethnic background or visiting Haiti, so she started researching the country on the web, which led her down a rabbit hole of depressing news about the Caribbean nation. Rather than becoming discouraged, Tima became determined to change the narrative. In 2011, she created L’union Suite, a digital platform that highlights positive news about Haiti and Haitians around the diaspora. Today, it’s one of the most popular websites for Haitian-American lifestyle, tourism, culture, and entertainment news, reaching tens of thousands of readers on a monthly basis, plus millions more on Instagram, Facebook, and Twitter. 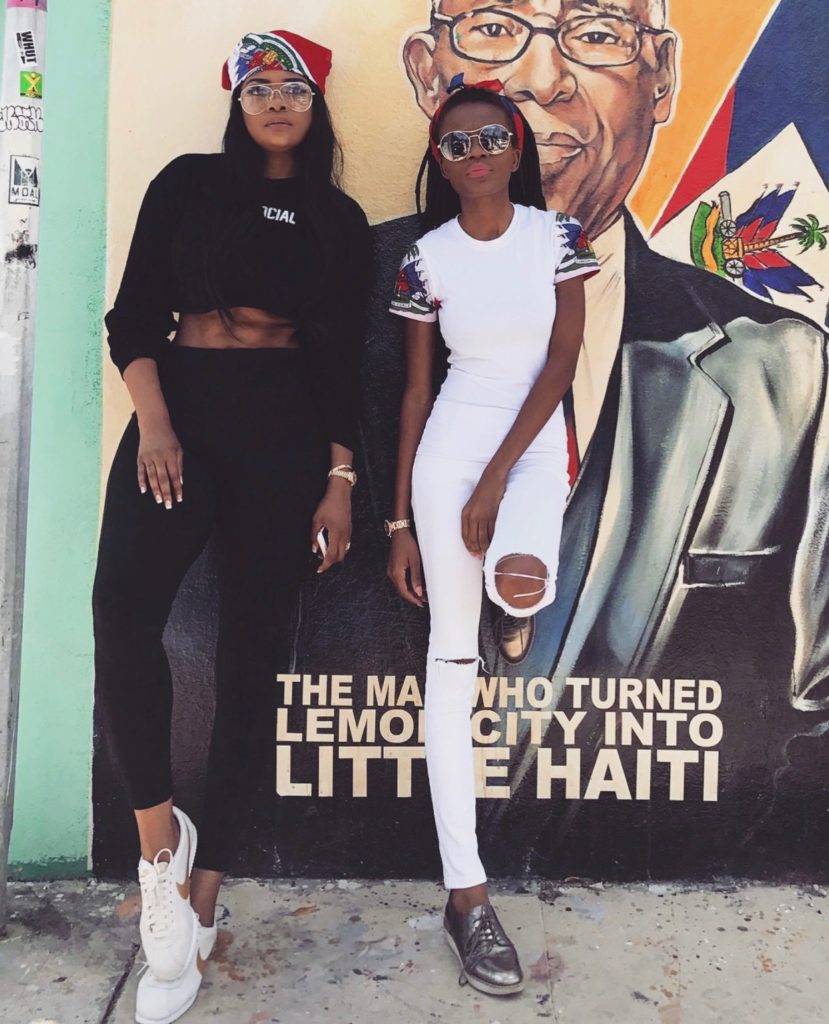 Karen Civil and Wanda Tima circa 2017

To further empower people of Haitian descent, Tima launched a business directory called Haitian Professionals in 2015, that helps entrepreneurs gain business and exposure. In addition, she works closely with Karen Civil, a Haitian-American influencer and marketing strategist, to hosts charity events and raise money to support different projects in Haiti like a computer lab in a school in Cap-Haitian, Haiti’s second largest city.

The Beauty of Haiti 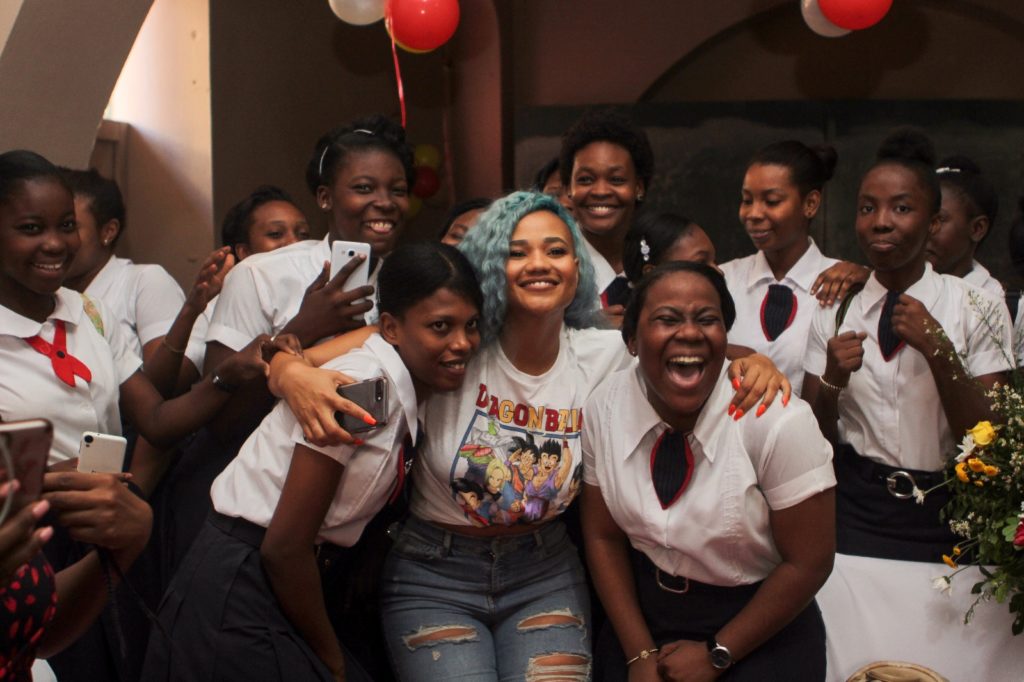 In October, Tima celebrated the seven-year anniversary of L’union Suite by inviting a group of U.S.-based millennial women entrepreneurs, artists, influencers, and members of the press to Cap-Haitien. The goal was to expose the world to the beauty that lies beyond the protests, violence, and natural disasters that are frequently reported through American news outlets. Despite the negative depictions of the nation, “Haiti is no different than most other Caribbean countries,” said Tima. “Yes, there’s poverty; yes, there’s a lot of help that’s needed; yes, the government has a lot of issues; but, at the same time…there are beautiful parts of the country.”

During the trip, the women shared their experience with their massive collection of Instagram followers. The four-day trip included a visit to a local school and a tour of the Sans-Souci Palace, an ancient royal ruin built in 1813, that was named after Jean-Baptiste Sans Souci, an African-born slave who helped lead the Haitian Revolution. The women also spent a day on Amiga Island, a stunning beach destination in Labadee, where local fishermen caught and grilled red snapper, crabs, and a Creole conch dish known as lambi. They also dined at popular Haitian restaurants like Lakay and Lolo and stayed at the luxurious Satama Hotel, which sits at the top of a mountain overlooking Northern Haiti. 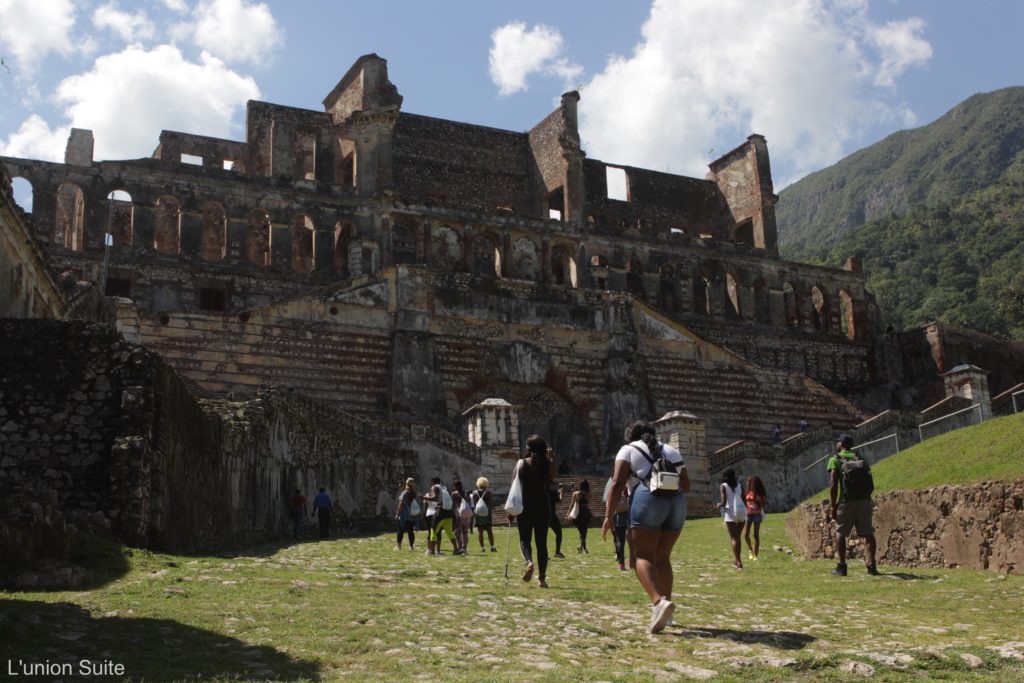 Dawn Richard, an independent recording artist formerly signed to Bad Boy Records, was in the middle of a tour with her singing group, Danity Kane, when she received Tima’s invite to travel to Haiti. Honored by the invitation, the New Orleans native immediately cleared her schedule. “I am overwhelmed and very grateful that I had the opportunity to see my roots first hand,” the Haitian American singer told BE. “Not only am I able to see Haiti through my own eyes…but I get to do it with other women who look like me.”

Likewise, Steph Lecor, a recording artist signed to DJ Khaled’s We The Best Music Group, was delighted to return to Haiti. “I used to come every summer up until I was 12 years old,” said the first-generation Haitian-American singer. “Those were the best summers of my life.” She continued, “When Wanda called me two days before the trip, I jumped on the opportunity to be here,” she said, adding, “as soon as I got here…it felt like home.”

While appreciative of Haiti’s allure, Lecor is not remiss of what many people think of Haiti, including President Donald Trump who notoriously described it as an “s–thole” country. “The perception is that Haiti is unsafe, dirty, and dangerous,” she said, admitting that it’s hard to drive through the impoverished neighborhoods. As a result, the landscape, culture, and people are overlooked. 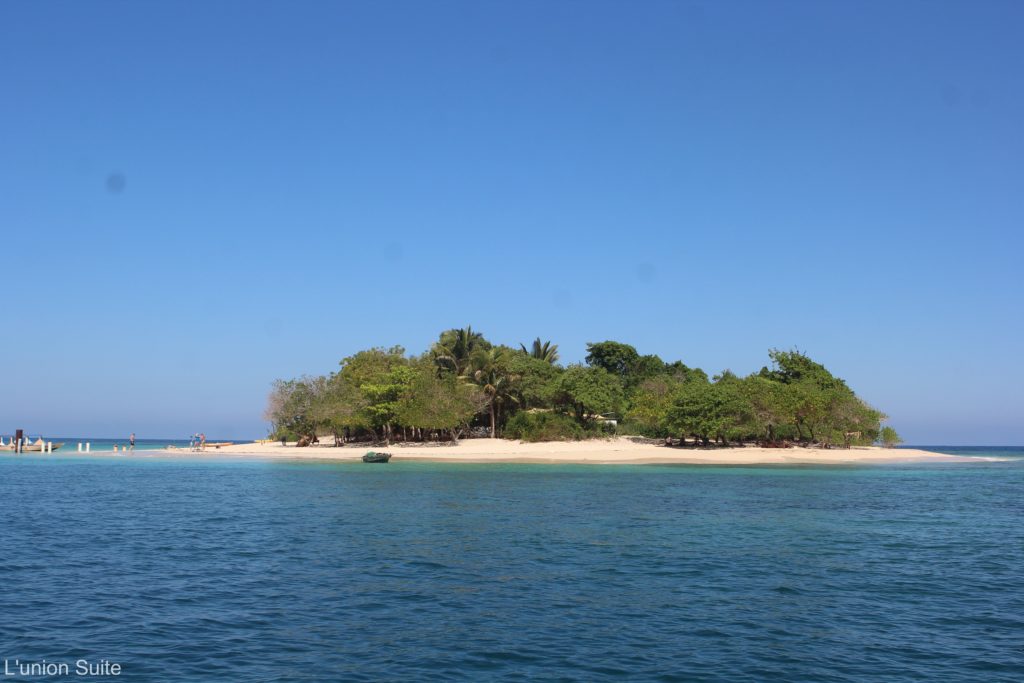 Azia Toussaint, a star on BET’s “Hustle in Brooklyn,” had dreamed of visiting Haiti, the country where her father was born, as a little girl. However, she said seeing the poverty and devastation juxtaposed to the scenic landscape was “bittersweet.” “Even [though] the places have gone through so much destruction and hardship, it’s [still] a beautiful place,” she said. She added that Haitians have not lost the grit needed to survive. “I saw a bunch of people who still had pride, still had hope, and the strength, courage, and the willingness to move forward.” 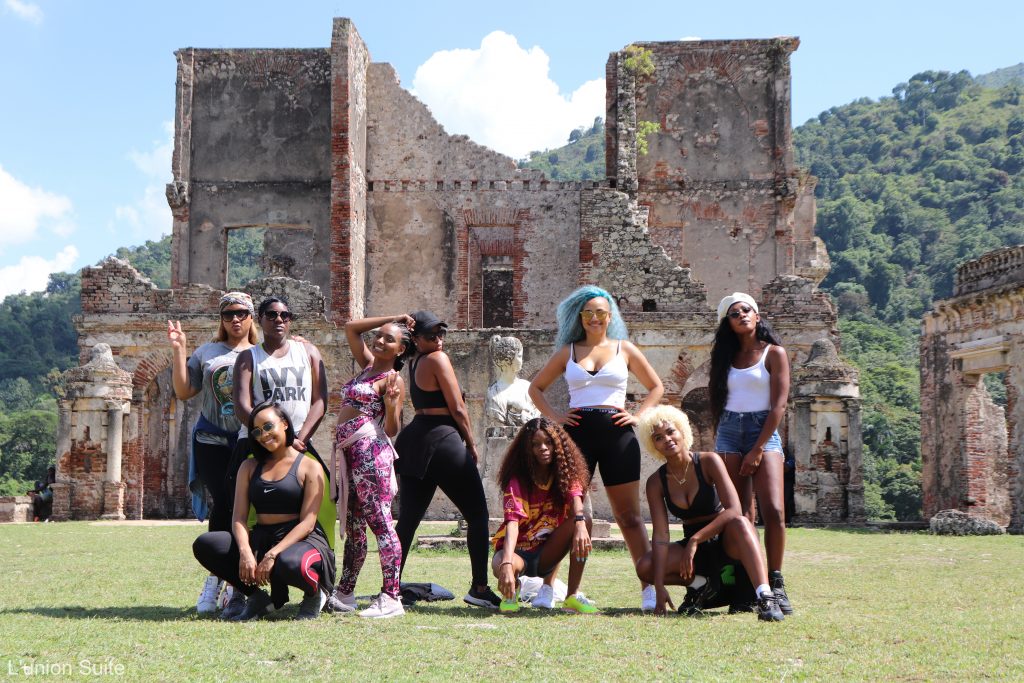 After returning to her home in Sunrise, Florida, Tima said the trip was “beyond successful.” In addition to a great experience, the women networked and connected with each other as well as with locals all while shining a positive light on Haiti through social platforms. L’union Suite’s “social media impressions during the trip were record-breaking,” said Tima, “and now more and more people know about the work we are doing in Haiti and want to not only vacation [here] but [also] assist in giving back at the school.”

Furthermore, the trip reaffirmed Tima’s commitment to uplift Haiti and spotlight its beauty and strength. “I come from a lineage of people who are leaders and unapologetically strong. I am the daughter of the first Black republic. We are such truly a group of resilient people,” she said. “The more I learn about my history and our contributions to the world, the more I fall in love with who I am.”