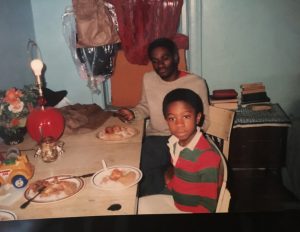 In case you didn’t know, the Centers for Disease Control reports African Americans are the racial/ethnic group most affected by HIV in the United States. So in honor of World HIV Day, we caught up with Yanatha Desouvre, a man on a mission to continue the legacy of Daniel Coulanges, Desouvre’s guitarist uncle and godfather who died in 1989 of HIV at age 28. 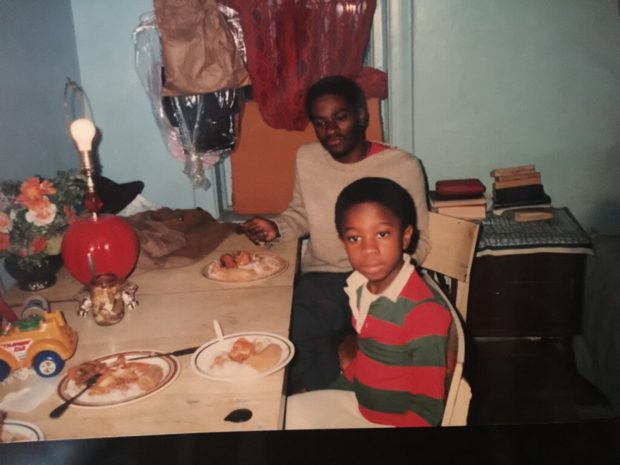 In 2016, Desouvre discovered lost footage of his uncle’s music. “My uncle Amos Coulanges, a world-renowned classical guitarist, told me there was a rare video featuring Daniel Coulange, his baby brother, performing at a University in Staten Island,” said Desouvre. “I was skeptical but the person who had the footage mailed it to him in France and my uncle shipped the VHS converted to DVD video to me in Miami.”

“I have a wonderful, noisy home full of little ones, however, when I popped in the video everything went quiet. The minute Uncle Daniel started playing he was speaking to me through his music and with every string he plucked I cried. Songs like “Killing Me Softly,” “Ne Me Quitte Pas (Don’t Leave Me),” and “Don’t Cry for Me Argentina” tugged on my heart and soul.”

From Mourning to Motivation

What would you like people to take away from your uncle’s career and life?

My uncle had HIV in 1989, during that time it was a death sentence. This was also two years before Magic Johnson announced he was diagnosed with HIV, yet he’s still alive and thriving. So I would like people to #knowyourstatus—whether HIV positive or negative. If you’re HIV positive you can live a prosperous life with the tremendous drugs and resources that are available. If you are HIV negative, still check on your status with your annual physical exam.

My godfather had a short-lived musical career, but he lived a vibrant life. I would like anyone reading about Daniel Coulanges or hearing his music to pursue their dreams and share your talent with the world because you never know who you will inspire. You also never know when you will take your last breath.

I’m doing an Indiegogo project to raise funds to master, produce, and manufacture the 18 music tracks I was able to extract from the video. The crowdfunding will fund the production and digital distribution for the project. With proceeds from the album sales, I plan to start virtual or brick and mortar Daniel Coulanges Center for Arts, Technology, and Business workshops to show artists (writers, painters, musicians, etc.) the business of art and understand how technology can enhance their art as well.