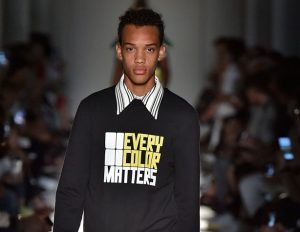 The #BlackLivesMatter movement began in 2012 in response to the killing of Trayvon Martin and has since become a rallying cry heard around the world. While many celebrities, brands, and companies have shown support for BLM, many have criticized the exploitation of the movement for profit.

For instance, in April, Pepsi was denounced for co-opting imagery from Black Lives Matter protests and trivializing the severity of police brutality in an ad starring Kendall Jenner. Meanwhile, tech giants like Facebook and Twitter have been accused of taking advantage of the killings of black people and BLM protests as branding opportunities.

This week, Port 1961, a high-fashion brand based in Canada, has found itself in the same predicament. Pieces from the clothing line’s Spring 2018 collection have been the subject of criticism following the brand’s fashion show in Milan on June 16. Photos from the show dispaly black models walking down the runway sporting sweaters that read, “Every Color Matters” and “Only Love Matters.” 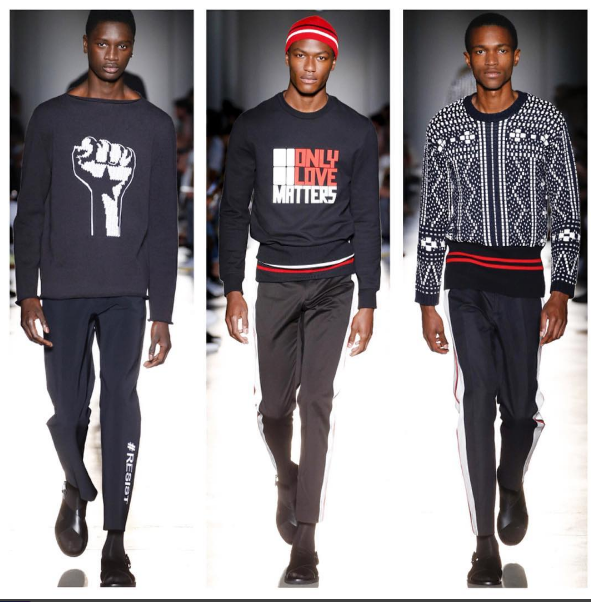 Another sweater co-opted the iconic fist often used as a symbol of black empowerment. Unsurprisingly, this sparked a firestorm of outrage from Black Twitter, which blasted the “Every Color Matters” sweater as an ode to the notorious “All Lives Matter” movement. Others denounced the luxury label for shamelessly profiting off of a movement that it is clearly disconnected to.

When Ports 1961 basically does a repurposed ‘All Lives Matter’ collection + puts all the #resist pieces on the Black models. V token-y. pic.twitter.com/GBNKgnNjHC

Like, I really need designers to sit quiet instead of co-opting movements they have zero clue about. Like, pls keep your rainbow of fists.

It will show you aren’t really listening. And that’s what Ports 1961 doesn’t understand.

Another Twitter user slammed that the fashion house for adding “insult to murder” in light of the recent acquittal of the cop who killed Philando Castile in front of his family during a traffic stop.

Meanwhile, another person tweeted that the Canadian fashion house should educate themselves about American history and race relations.

Since your founders are NOT American they clearly do not know why #BlackLivesMatter Before you marginalize a message LEARN OUR HISTORY!

Still, in spite of the backlash, Ports 1961 responded with a statement defending the controversial collection.

“We think that Fashion reflects the world around us. In a time of challenge, fear and disillusion, it is the creative person’s role to try to deliver a message of love and hope. For the past several seasons, Milan Vukmirovic has been exploring the urgency of love and the importance of fraternity, unity and solidarity. It wasn’t our intention to offend anyone but on the contrary this collection is, in its own way, a message of solidarity towards all the people who are suffering from discrimination, violence, and bullying acts,” said the brand in a statement sent to Refinery29.

It appears that Ports 1961 does not see any harm in commodifying BLM into a marketing ploy. Rather than helping to progress the movement, disconnected brands do more harm than good by turning #BlackLivesMatter into a marketing opportunity. Commodifying this fight for justice with insensitive merchandise does not help the cause. Rather, it becomes a distraction and hurts the legitimacy of the fight for justice.