Both humanitarians have been paying it forward; Abdul-Jabbar with social activism and Wiley with his ‘art-ivism.’ The two icons were honored alongside Carol Sutton Lewis and William M. Lewis, Jr., Chelsea Clinton, and Raf Simons. 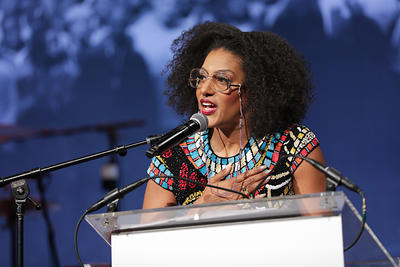 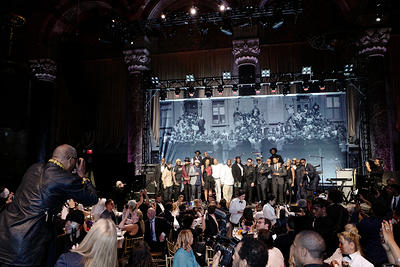 “It’s nice to see that Gordon’s legacy is conveyed to many generations after his passing,” Abdul-Jabbar told BLACK ENTERPRISE. “His photographs exemplify and personify the civil rights movement.”

In February, ESPN reported, that the 7-foot-2 inch tall Hall of Famer auctioned four of his six championship rings for $1.2 million to benefit Skyhook, his own foundation that offers “STEM opportunities to underserved communities,” according to the organization’s website. The foundation is named after a shot Abdul-Jabbar perfected throughout his ball-playing days. The all-star athlete is adamant about serving children “a shot that can’t be blocked,” and auctioning the historic memorabilia, Abdul-Jabbar stated: “enabled me to give back in an important way.”


Wiley is shooting winning shots as well. Across the Atlantic, the famed artist rolled out Black Rock Senegal, an artist residency in Dakar, to bring together creatives, producing in a range disciplines, from around the world, to work together and shift the global narrative and perspective of Africa. 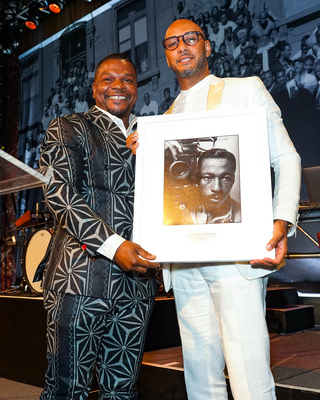 In addition to honoring these leaders for their philanthropy and humanitarianism, artist and archivists Guadalupe Rosales and conceptual artist Hank Willis Thomas were awarded the 2019 Gordon Parks Foundation Fellowship. One hundred students received scholarships for their pursuit of the art forms bearing Parks’s “breadth and integrity,” as the Foundation puts it. Disciplines include photography, art history, African and African American studies visual art, and journalism The festivities didn’t stop there. Attendees also celebrated the 20th anniversary of Parks’ iconic photograph, A Great Day In Hip-Hop. Photographer and 2018 Gordon Parks Foundation honoree Jamel Shabazz, known for his documentary-styled images of Black urban life, recaptured the image with several hip-hop artist who were present for the original shoot — including Slick Rick, Pete Rock, Kool Keith, Questlove, Black Thought, Rah Digga, Grandmaster Kas, and hip-hop historian Fab Five Freddy and filmmaker Benny Boom. The cherry on top of the stunning evening was a stellar performance by The Roots. 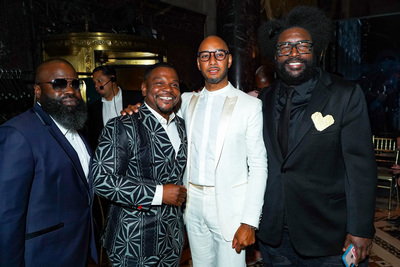