It’s official! Shelby County Commissioner Tami Sawyer announced that she is running to become the next mayor in Memphis. This election will put the 36-year-old Memphis activist on track to become the first female Memphis mayor.

“I’m running for mayor because we haven’t been heard. We haven’t been valued. We haven’t been included. The city is moving along on a wave that ignores us,” says Commissioner Sawyer. “I want to get in and broaden the opportunity for not just black people but people who come from low-income backgrounds and marginalized communities. Here in Memphis, we’re facing so many urgent indicators, such as economic inequity, that say the time is now for someone to step up and be aggressive about this type of change. 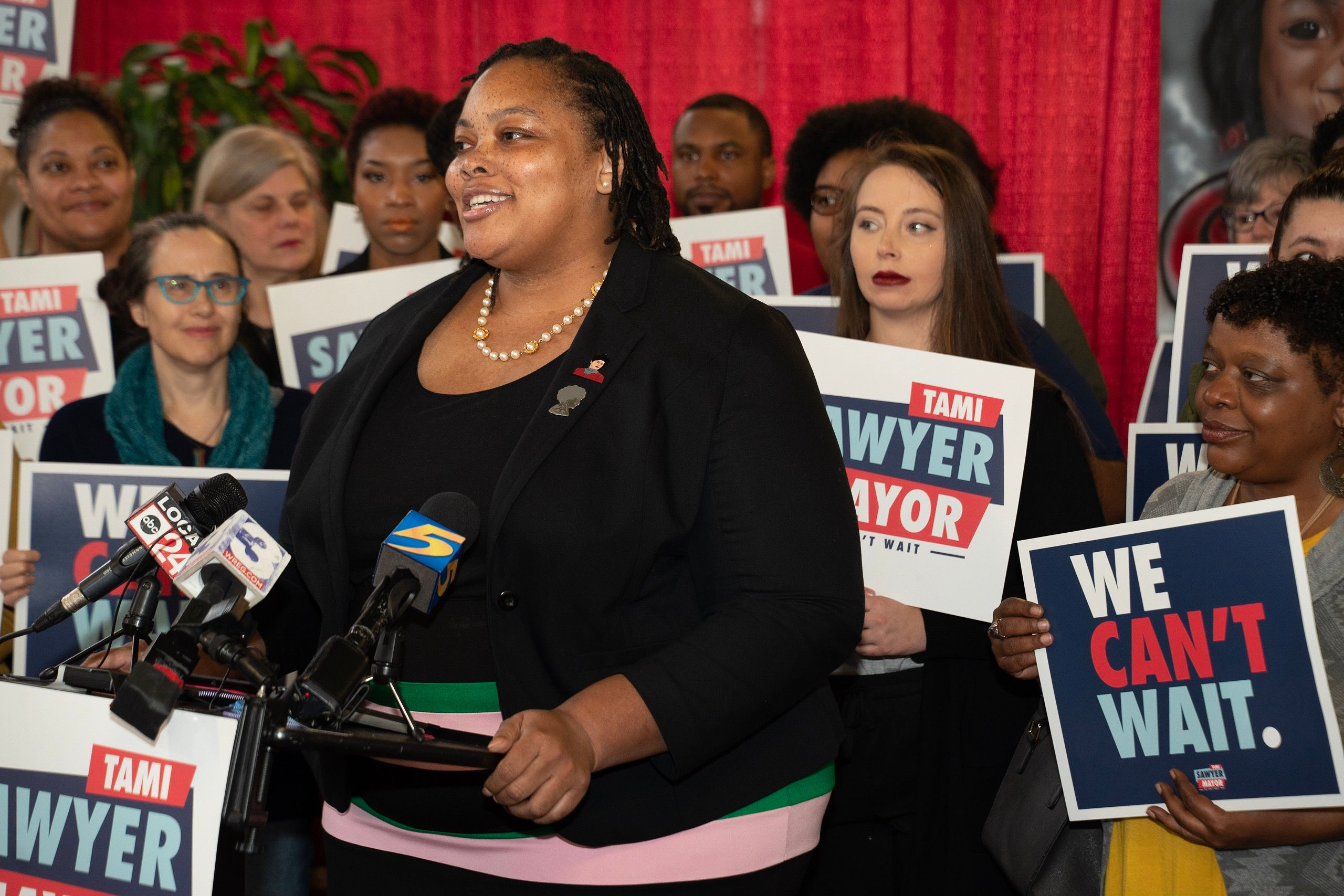 Sawyer’s campaign slogan, “We Can’t Wait,” emphasizes the need to defy great odds and be a community that shows up for each other. “We can’t wait to invest in our schools. We can’t wait for incarcerated people to return home and feel valued and become a vibrant part of our community. We can’t wait for economic opportunities for small businesses and entrepreneurs.”

While many Memphians have flocked to other cities in search of better opportunities, Sawyer is committed to making a mark in the town that she calls home. “Memphis is everything that made me the person that I am. Whether it’s the hip-hop or BBQ or being ‘quick-witted,’ Memphis is about the culture and the people.” Sawyer has taken a stand for many people as a community activist and managing director of external affairs at Teach for America – Memphis. Most recently, she founded the #TakeEmDown901 campaign, which made national news for the successful removal of Confederate statues from Memphis parks.

As Memphis celebrates its’ 200th birthday, Sawyer says she brings a vibrancy and authenticity to the campaign that will allow her to redefine the narrative of Memphis.

Sawyer, once voted most likely to be Judge Judy in her high school yearbook, is making her classmates proud by standing up and taking action in a city that serves a predominantly African American population. “Stacey Abrams opened a door for me. I don’t know her personally but watching her lead her campaign so bravely empowered me in a short period,” says Sawyer as she reflects on what being on track to become the first female mayor in Memphis means to her.

“I grew up with Carol Mosley Braun being the first black female senator. I grew up looking at black women break ceilings. The fact that we still have a ceiling to break means that I’m not just going to break this ceiling, but I’m going to open the door for so many girls of all identities to say that ‘I can do that, too.’”