Urban Legends is a cross-platform initiative devoted to the curation and celebration of over three decades of urban music and culture. Launched just this year, it is Universal Music Group’s attempt to provide context around a retail product. Standing at the helm of this effort is Andre Torres, Vice President of Urban Catalogue at UMG. Offering classic albums in vinyl record form, Urban Legends is pulling on the heartstrings of its target demographic, while taking advantage of a bubbling market.

According to Billboard, vinyl sales hit a record high with over $14 million in revenue in 2017. It was the 12th straight year of growth in vinyl LP sales, making up 14% of all physical album sales. Retailers like Amazon, Urban Outfitters and Barnes & Noble have their hands in the pot as well, offering new and classic albums in vinyl format. Why shouldn’t an actual music entity join the party? Even if it’s focused on Hip-Hop & R&B, cornering the market for 13% of vinyl sales is a potentially brilliant move by Universal.

Torres’ task is to reintroduce the extensive catalog of material, owned by Universal, to the masses. By taking a hard look at the label’s intellectual property stretching across decades, he found a golden opportunity. Torres decided to redistribute countless hours of rare and unreleased albums, singles, remixes, photos, and video footage in a modern format, directly to the consumer.

“I imagined creating a platform that would utilize archived material to tell a story around the retail product, vinyl records.” he explains. 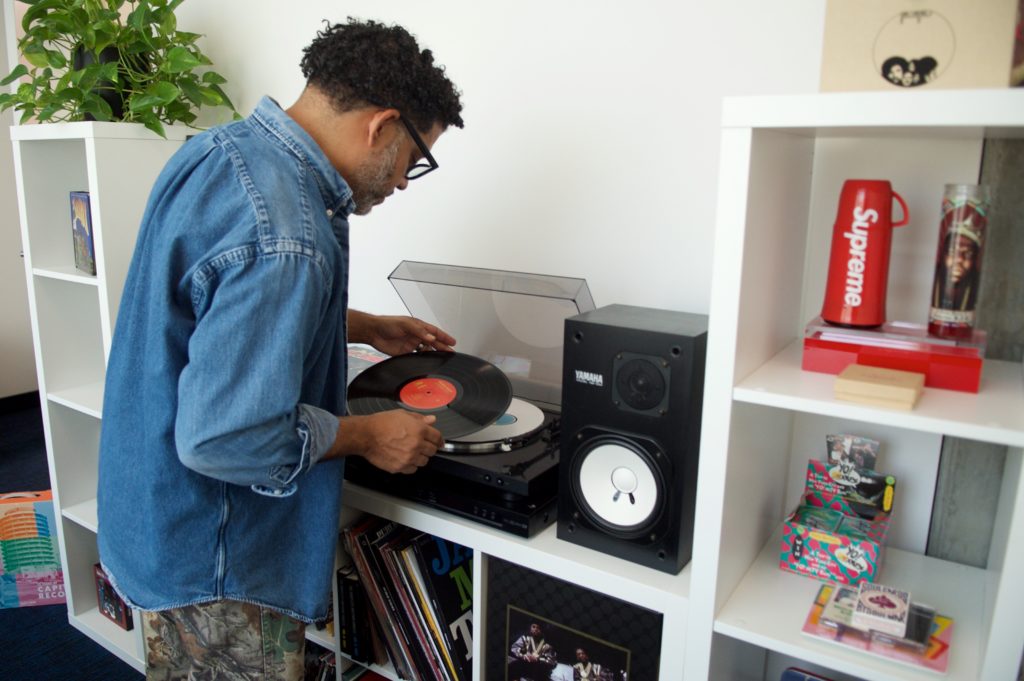 The eCommerce angle of Urban Legends offers some of the most classic material in rap history in deluxe vinyl packaging. This offer hinges on the emotions of consumers, and an undeniable retail trend. When new technology revolutionizes a cultural experience, we romanticize the experience in its prior form. Now that everything is digital, we miss the analogue ways of receiving music. Vinyls are a core component of that experience.

In 2018, U.S. vinyl album sales have already grown by 19%, according to Nielsen. Obviously, the demand is there, the hard part is cutting through the internet noise to get the attention of potential consumers. Urban Legends accomplishes this by sticking to an editorial calendar of musical milestones and anniversary’s that compliment products available for sale. 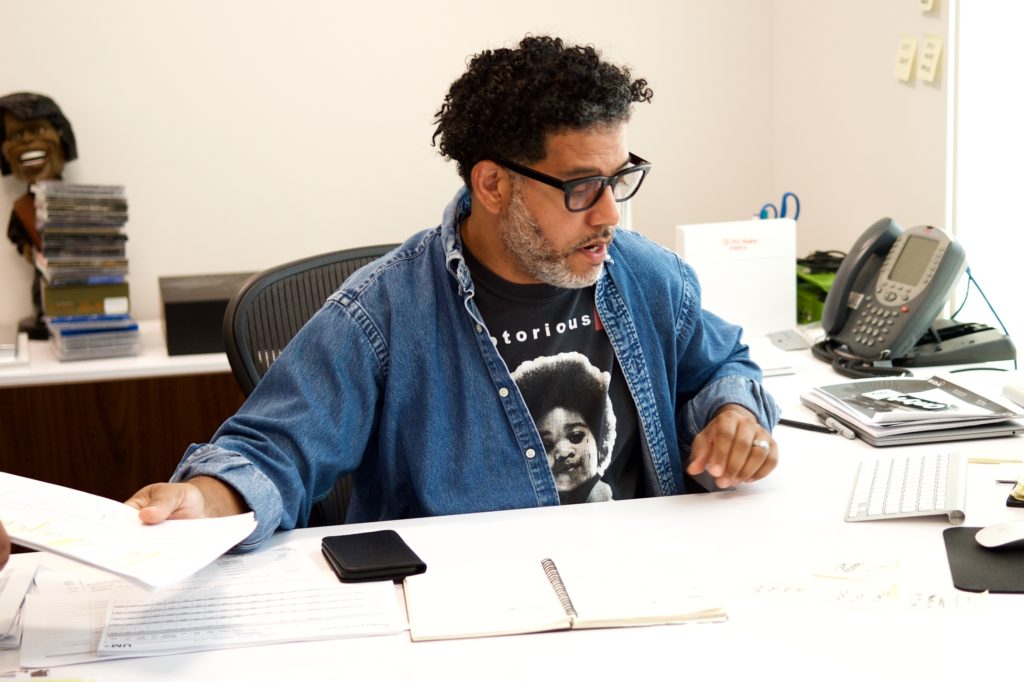 This has come to fruition through efforts like the Legacy of The Carter III campaign. To commemorate the 10-year anniversary of the album’s release via Universal Motown, Urban Legends crafted a campaign inviting today’s popular rappers to put their face on the cover and share anecdotes about how the album — and Wayne himself — influenced their sound. It was an effort to showcase The Carter III as the blueprint to the current musical landscape we see and hear today. The initiative was launched in collaboration with Spotify, seeing viral success. It all lent toward justifying the purchase of the album on vinyl through Urban Legends.

“There’s so much information, how do you cut through the chatter?” says Torres. “If something is for sale, people should know why it’s important to purchase. Context is important. As a consumer, I love the backstory, the narrative of the product. People want to spend their money on something meaningful. Music is such a personal thing for consumers that they look at it as something meaningful. We understand how well narrative and ecommerce go together.”

Since its inception, black music has had to fight for historical preservation. In black culture, jazz and the blues became the bar for musicality and documentation of the black experience. Older generations revel in the nostalgia brought on by our oldest forms of music. Now that hip-hop has turned 45, that same nostalgia lives in the fans who grew up with it.

“Those people are older with expendable income and they are able to buy this stuff that they grew up with,” says Torres. 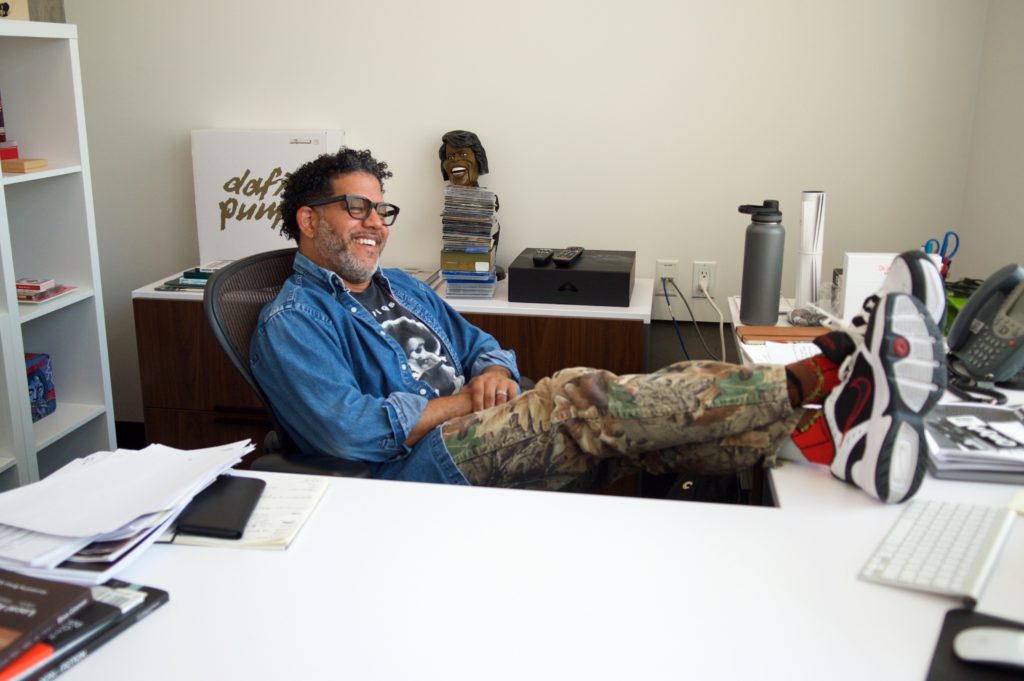 Torres is well-versed in hip-hop history, while submerging himself in the present state of the genre. It’s that mix of historical knowledge with an openness to the new school that makes Torres perfect for his role at Urban Legends. Cultural progress requires an intersection between past and present, where veteran wisdom can be shared in the same space as youthful foresight. In the case of Urban Legends, that intersection pairs priceless context with a $14 million-dollar product market.