Nicky Chulo is a graphic designer who has helped create album covers for household names including Cardi B. However, he views his art as more than just work; it’s a vessel he uses to engage with contemporaries and create dialogue through creativity. For instance, his opinion about the lack of inclusion in the fashion industry and criticism about Virgil Abloh inspired him to create his own fashion brand.

As creative director at Louis Vuitton, Abloh has a high-ranking position in fashion. Last month, Abloh shared a behind-the-scenes look at a party for his brand Off-White. The footage sparked a firestorm of backlash on social media from critics who called the Off-White team too white and noted that there appeared to be no black art directors for a brand owned by a black man.

Chulo created his own apparel line called “Off-Black” in what he says is to call Abloh to task while using the proceeds to empower black creatives.

In an interview with BLACK ENTERPRISE, Chulo explained how art can be a conduit for purposeful dialogue. 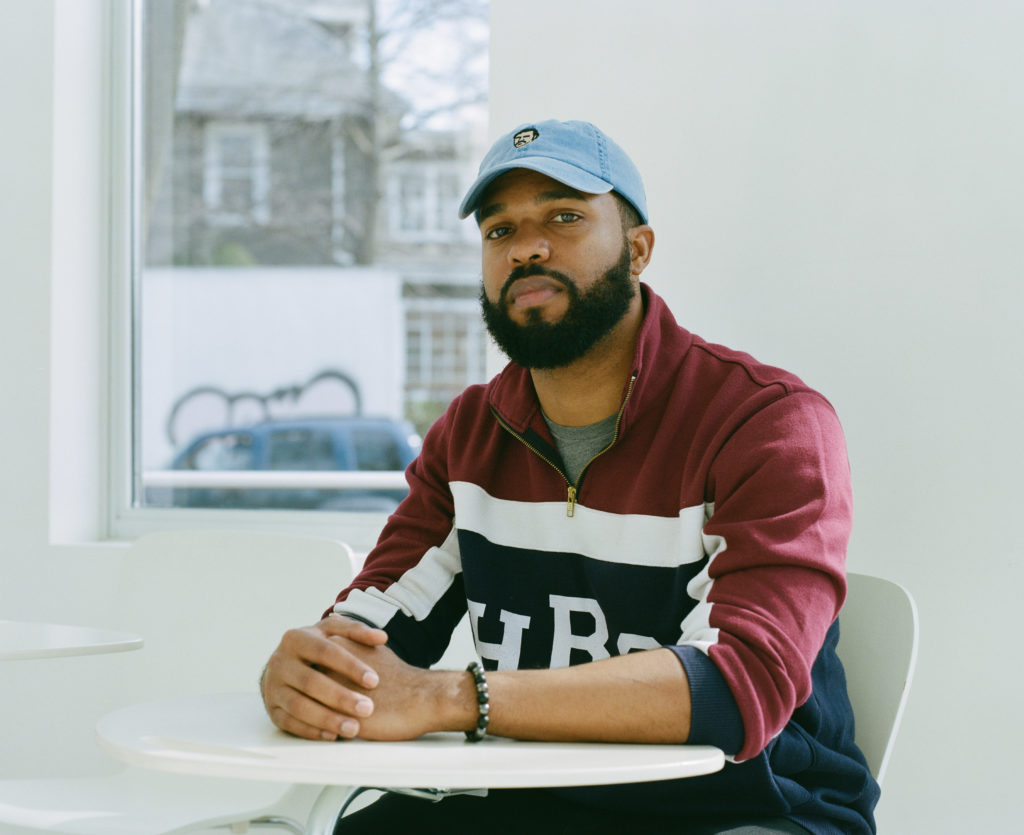 BLACK ENTERPRISE: Describe your background as a designer and your progression into your current role.
Nicky Chulo: I’m currently an art director at Atlantic Records with a background in graphic design and typography. I’ve been a graphic designer for almost 10 years now and it’s been a very wild ride. To keep it short, I came up in Northern Virginia, went to college in Atlanta (SCAD), and jumped into the corporate side of my career in New York circa 2013.
What are some of your other most impactful projects to date?
I have two. I would have to say hands down Trap Karaoke is the most impactful project I’ve had the pleasure of being a part of. Trap Karaoke is a very black, very safe, and very wholesome place where everyone can have a good time. A quick sum up for those who don’t know: Trap Karaoke is an event where you can sign up to perform your favorite song on stage in front of a crowd whose sole purpose is to sing along with and encourage you. On a few occasions, we’ve had people performing their song and the musician who created said song would join them on stage and perform. It’s a really beautiful thing.
The second most impactful project to me was working with Sylvan LaCue on his Apologies In Advance album. I had the pleasure of working with Sylvan and his team to develop the concept and visuals. Apologies In Advance is about growth, acceptance, how to deal with hardships, and the list goes on. It’s about healing and becoming the best person you can be and as a millennial, I can say it’s a priceless project. Jay Z gives us free game in the form of witty classy lyricism and Sylvan gives us free band-aids in the form of honest, vulnerable words. 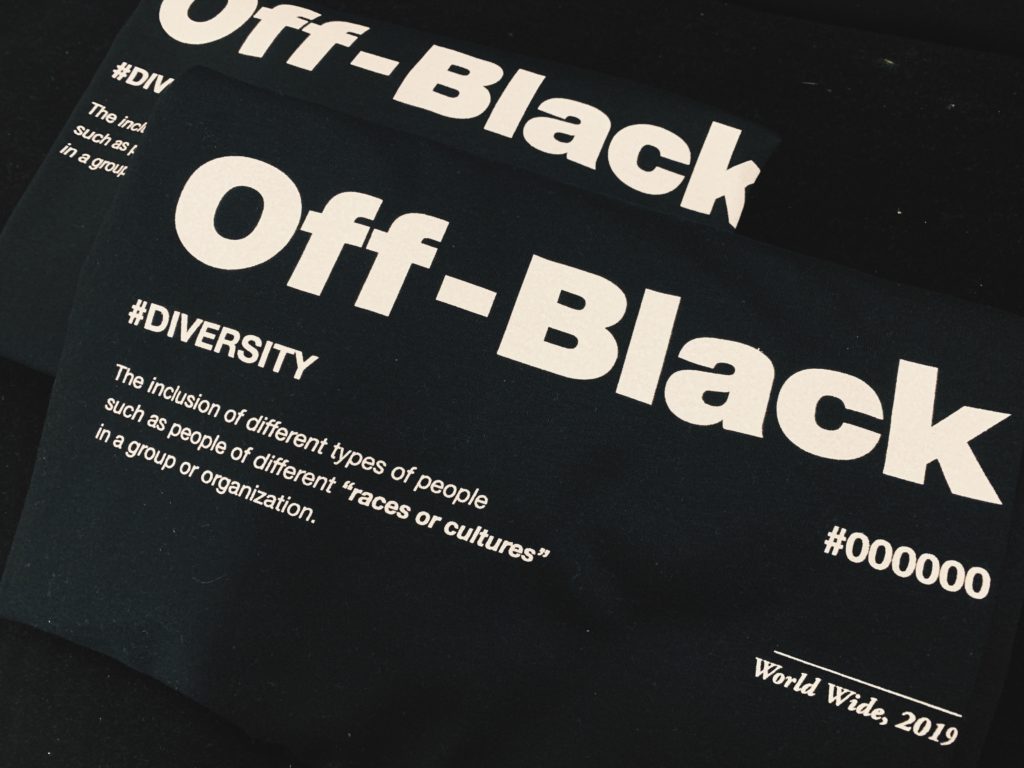 What inspired you to create your latest t-shirt design “Off-Black”?
What inspired Off-Black is the lack of diversity on Virgil’s “Off-White” team. Even if he’s just the “face” of the brand I believe he has a responsibility to speak up on behalf of diversity. I’m not discrediting the talent at Off-White, but knowing how hard I worked, especially as a designer of color, to get to where I am, it hurt a bit. Blood, sweat, tears, relationships, lack of sleep, and having to be twice if not three times as good to be seen. Having to be ready for anything at all times. We need more people of color in the room. We need more people of color inside the room.
What type of dialogue are you looking to create with the “Off-Black” merchandise?

I remember Virgil once tweeted “Design is the freshest scam” and I thought that was a very very cornball tweet. Design is purposeful always.

Why were you initially hesitant to release the apparel?

I was definitely hesitant at first. I knew if I was going to do this I had to be all in. In the end, I found out that Virgil was blocking people who reached out to him in his Instagram messages with the #Diversity hashtag, which I think is dismissive and irresponsible. You have a platform and we want answers to a particular question, why not give them to us? Right or wrong, why not be transparent? Lastly, my girl was like “Baby, you know you want to do this” and I was like “Angel, you are 100% right,” and I got busy.
How has the culture rallied behind your message?
Man. I mean the culture pulled up with open arms, dollars, and megaphones.
What will you do with the proceeds?
One hundred percent of the proceeds will go to The Whlgns for Leaders Amongst Leaders. I think the conversation we’ve started is equally, if not more important, than the money we’re raising. I hope to inspire black creatives with this Hail Mary of a project. I’m grateful I was in a position to take this on.