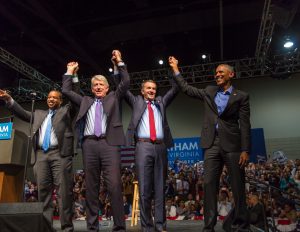 The outcome of two major contests—gubernatorial races in Virginia and New Jersey—demonstrated that Donald Trump did not have coattails to carry the GOP to victory.

A year after the election that ushered in the incendiary Trump presidency, Democrats achieved huge wins and a much-needed momentum boost on Election Day after recent intraparty controversies and a series of special election defeats earlier this year. But the successful campaigns proved the value of coalition politics and, the contest in Virginia, in particular, demonstrated that African American voter turnout continues to prove critical for Democratic fortunes.

As the Democrats take a victory lap—the party also gained important local victories in New York and North Carolina—the results of these contest will force the leadership of both parties to re-evaluate their strategic thrust and voter messaging as they prepare for next year’s rough-and-tumble mid-term elections. 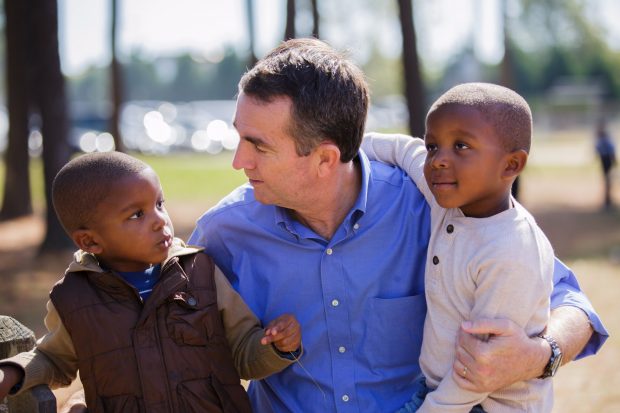 (Ralph Northam is the new governor-elect of Virginia. Image: Twitter/RalphNortham)

Moreover, a bit of history was also made on election night when 38-year-old Democratic state senator Justin Fairfax became the second African American to be elected as Virginia’s lieutenant governor—32 years after L. Douglas Wilder achieved that milestone. The significance of that victory is that the position has traditionally served as the path to high office. In fact, Wilder became the first African American elected governor in the Old Dominion and the nation four years later in 1989. 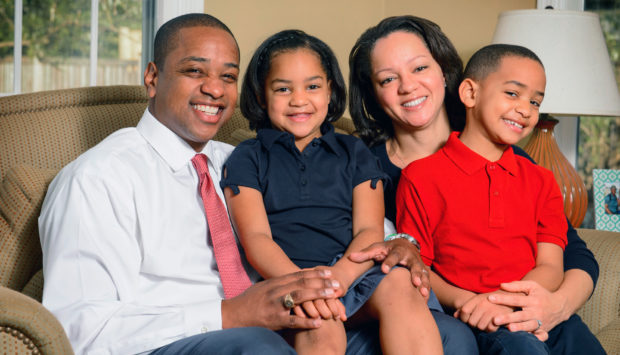 (Justin Fairfax is the lieutenant governor-elect of Virginia. Image: fairfaxforlg.com)

In other races: New Jersey Democratic nominee Phil Murphy beat Republican Lt. Gov. Kim Guadagno to take the governor’s mansion in the Garden State–a referendum on the scandal-plagued administration of the nation’s most unpopular governor, Chris Christie. Moreover, history was made in that statewide contest with the election of Sheila Oliver, who became the first African American female lieutenant governor of New Jersey.

The Virginia governor’s race offered a real litmus test on the immunity of Trump’s appeal as well as the development of a strategy for Dems to gain congressional seats in 2018. Political analyst Zerlina Maxwell told CBS News on election night that a major part of the equation will continue to include African American voters; a major contributor to the sweeping victories of Northam and Fairfax and reportedly the greatest Democratic power shift in the State Legislature in more than 40 years.

According to The Washington Post, exit poll results showed that African Americans comprised 21% of voters, similar to the participation in the 2016 presidential election that delivered Hillary Clinton the second highest statewide turnout. In fact, the black electorate favored Northam over Gillespie by a whopping 73-point margin, according to the Post.

Democrats heavily courted black Virginian voters in the weeks leading up to the election—even recruiting former President Barack Obama to hold an October rally in Richmond, the state capital as well as getting him to record an endorsement message as part of the campaign’s get-out-the-vote effort. In the final days, Northam and Fairfax brought out other high-profile black politicians, New Jersey Sen. Corey Booker and Minnesota Rep. and Deputy DNC Chair Keith Ellison. 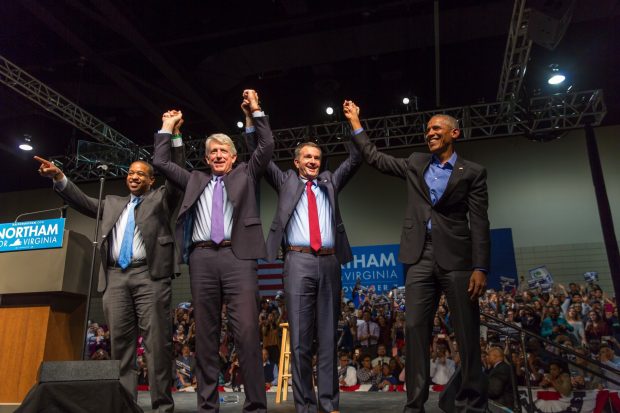 There had been concerns prior to the election related to black voter participation due, in part, to Northam’s inability to connect in earlier stages of his campaign. Black voter turnout had also declined nationally in the post-Obama era. But myriad Democrats predicted a surge as a result of this past summer’s deadly rally held in Charlottesville, Virginia, by white supremacists. According to Politico, BlackPac, an independent organization that spent more than $1 million in mail, digital, media, and grassroots voter outreach, found that African American voters throughout the state have been alarmed by the current political environment. In fact, its poll found that 54% of black voters believed people of color were under siege and 73% embraced the statement that their vote would “send a resounding message to Trump.”

DNC Political and Organizing Director Amanda Brown Lierman released the following statement: “The DNC knows that the victories we celebrate would be impossible without the massive support from the African American men and women who made up a fifth of the commonwealth’s electorate. Undoubtedly, a cornerstone of our party, black voters continued to surge to the polls in a tremendous way, set the tone for future elections and paved the way for government that truly represents them.”

Northam’s campaign was also buoyed by overwhelming diverse voter support from Northern Virginia and the fact that Trump has an overall 35% approval rate in the state.

Trump endorsed but did not openly campaign for Gillespie, who used race-baiting tactics like the airing of negative TV ads aimed at immigration, attempting to link the Northam campaign to “Latino gang violence” despite protests from Democrats and Latino groups of the promotion of racial stereotypes. He also supported protection of Confederate monuments, an approach in which Trump tweeted his support during his campaign, and mocked the NFL protests against racial inequality and police brutality inspired by quarterback Colin Kaepernick’s kneeling during the national anthem. And although he tried to distance himself from Trump, Gillespie aggressively campaigned using the pugnacious politician’s playbook, especially the stance against sanctuary cities.

After Gillespie’s defeat, however, Trump blasted the former GOP chairman on Twitter: “Ed Gillespie worked hard but did not embrace me or what I stand for. Don’t forget Republicans won 4 out of 4 House seats, and with the economy doing record numbers, we will continue to win, even bigger than before!”

In a victory speech in Virginia, Democratic National Committee Chairman Tom Perez began positioning the party for the 2018 races by asserting that Northam’s gubernatorial victory “sent a message” to Trump, who is currently on a tour of Asia: “The America that Donald Trump comes back to in a few days is far different than the America he left. It’s an America, where we are regaining our values.”

Perez later tweeted an early appeal to constituents and party members: “Tonight was a great night for Democrats, but now more than ever, we know we can’t get ahead of ourselves. Sign up to make today’s victories tomorrow’s victories too.”