Ceres “Diaja” Henry merged her love for fashion, painting, and photography to create a brand driven by storytelling. Through a series of photographic work, she’s captured current events, social disparities, and black and African culture. RAW Artists, a global network featuring over 100K artists in visual art, music, fashion, film, and photography, scouted and highlighted her as an artist for their 2017 NYC show—this was her first showcase as a photographer. Recently, she hosted her first solo exhibition that sold out. Plus Vogue Italia, Huffington Post, and many other fashion publications have recognized her work to challenge stereotypes and change the conversation about black culture.

But there’s a business side to the creative industry that’s often exploited and undervalued. Sometimes when people think of creative professions like photographer, artist, or filmmaker, the stereotypical phrase “starving artist” comes to mind. Henry used to sell her work for $20–$30, but now her prices start at $500. I interviewed her to learn about her journey and tips for beating the starving artist mindset.

Black Enterprise: Tell us about the work you are most proud of.

Henry: Recently, my work was publicly installed in two locations in New York. It’s every artist dream to have their work displayed for the world to see. The piece was from My ‘Adam Series’. This photographic series has opened so many doors for me. 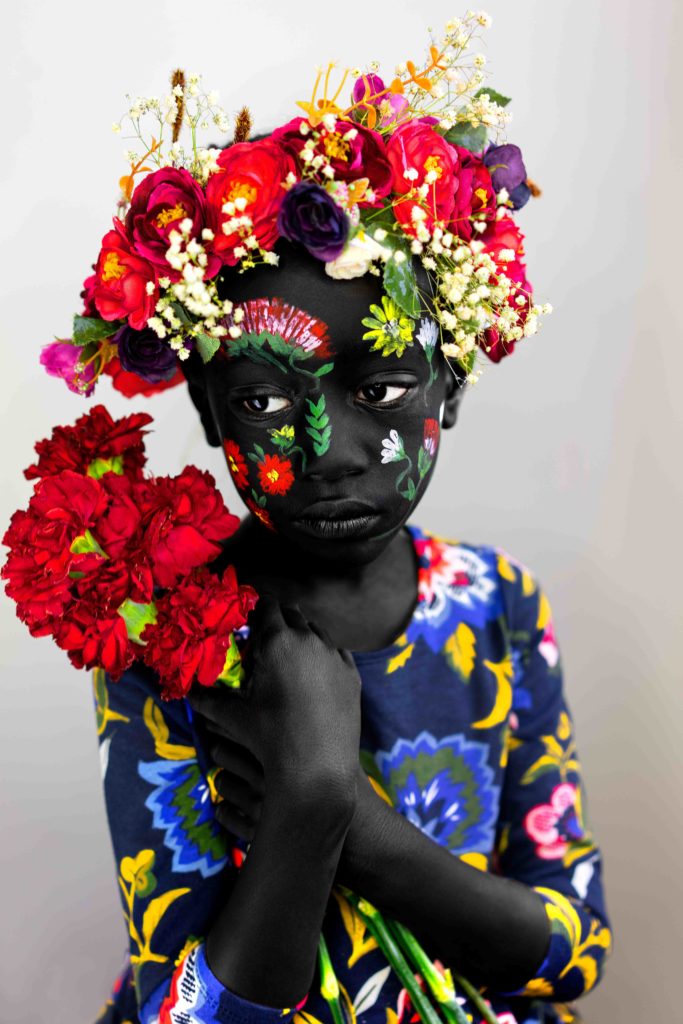 This is my 6-year-old niece Autumn. I used her as my muse for my ‘Eve Series’ (the ‘Adam Series’ being the other half of this). My concept was to create black/African men, women, and children as fine art for people to celebrate and marvel at. I wanted to portray my people positively despite the stereotypes and negative narratives the media perpetrates against us. Each muse is body painted by me then photographed.

This is from my ‘Black History Series.’ Each year I create a new body of work around this theme. I always make sure I uplift black/African women within this series and include images of unity. I also include images to get a conversation going like this capture of a woman breaking down because she’s constantly bombarded with European standards of beauty. 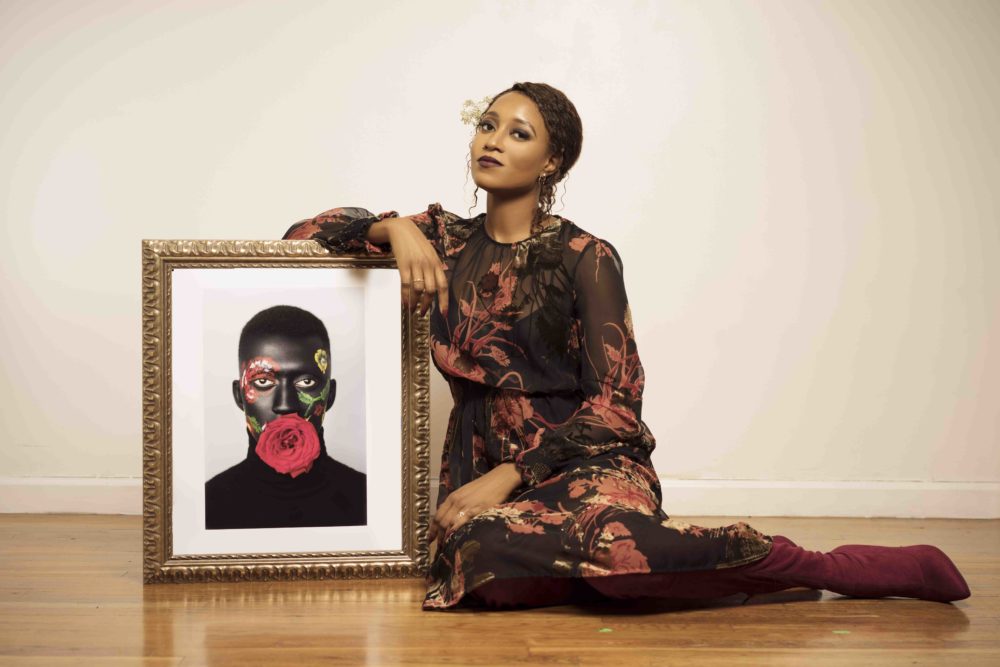 What’s the change that you’d like to see in your field of work?

There’s definitely a lack of female representation within this field. Most photographers are men and before there were photos of me on my social platforms, people who booked me assumed I was a man. The saying ‘Representation Matters’ is key. I make sure I speak into the lives of aspiring female photographers any chance I can get. I remember encouraging and sharing my story with a young girl about 12/13 years old.  She wants to be a photojournalist, which is a genre that’s extremely male-dominated. I had to let her know that she’s more than capable of accomplishing her dreams and to not allow outside forces to dictate what she can and cannot do.

Many artists adopt the struggling artist mentality, what’s your best advice or tips for succeeding at a creative life?

I don’t believe artists adopt the mentality of the “starving artist” as people say. I feel that’s a label artist get slapped with once they decide that art will be how they make a living. Creatives don’t wake up and say “I’m an artist and I’m ready to struggle so let me brace myself for the rough road ahead” We’re actually extremely optimistic and excited about our choice of career, and we’re passionate about what we do. Like any other profession, we simply say ‘I want to be a [insert creative genre:]. That negative saying stems from outside forces, projecting their fears upon that creative because in their eyes the arts aren’t profitable. For me, having a positive support system plays a major part in being successful coupled with a passion for what you’re doing. The encouragement of my parents and siblings carries me along this journey. I’ve had my share of negativity but I’m still here, in love with art more than ever, and I wouldn’t have it any other way. I just refuse to let anything/anyone stop me.

You used to sell your work for $20–$30, but now you price your work starting at $500. What inspired you to charge more for your work?

Recently, I had my first solo exhibition that sold out. I recall giving myself a pep talk and telling myself that this is the big leagues, no more selling art for cheap, I’m worth more and years down the line my work will be coveted among art enthusiasts and collectors. When I announced the price at my exhibition my heart skipped a beat but I didn’t bat an eye. I even said that $500 was the introductory price. I was not playing! I plan on adding zeros to my work in the years to come. Things got real during my next exhibition at X Gallery, it was like the floodgates were opened. I finally came across my ideal client who saw the value in my art and purchased my pieces with no questions asked (at this point my work was priced a little higher). Currently, my work from my Adam & Eve series has been in demand so I continue to build on it to have more options for potential buyers.