Golf is more than a game, it’s a business tool played by executives, an overwhelming majority of Fortune 500 CEOs, and almost every single U.S. president since the 1900s. But while it’s known as the playground for forging business deals and professional relationships, it’s also a notorious good ol’ boys club that has historically excluded African American men and women. However, Wendell Haskins, the founder of Original Tee Inc., and PGA of America’s former senior director of Diversity & Inclusion, Sports & Entertainment, is changing the game.

Haskins, like many African American boys, did not grow up playing golf. In fact, he wasn’t exposed to the sport until he was in his 20s when a friend invited him to a golfing event in New Mexico back in the ’90s. To prepare for the trip, he took lessons, practiced his stroke, and read about the rich history of the game. That’s when he discovered that a black dentist was responsible for creating the modernized wooden golf tee.

“The golf tee was invented and patented in 1899 by a Harvard dental school graduate and black man named George F. Grant,” Haskins told Black Enterprise. But Dr. Grant, who is also known for being the first African American professor at Harvard University, did not receive the recognition he deserved. Instead, “a white man was largely credited for the invention of the golf tee—a guy named William Lowell—but he didn’t have the original patent,” Haskins explained.

The eye-opening discovery inspired Haskins to carry Grant’s legacy into the 21st century. “After discovering that the original tee was patented by a black man…I wanted to create something that brings the black community together [and] celebrates our history in the game.” Thus, in 1999, he founded the Original Tee, a golf lifestyle brand that promotes inclusion by preserving the history of the game’s diverse pioneers and celebrates iconic golf enthusiasts. The ultimate goal of the company is to increase the presence of African Americans in golf and combat the game’s racist history. “We were purposefully excluded from the game of golf for a long period of time,” said Haskins. “It was very deliberate to keep black folks out of the game.” People of color were also excluded from country clubs, he added.

Original Tee, however, has been a vehicle to introduce and popularize the game with communities of color for the past two decades. “Since I’ve started the Original Tee, the game has become tremendously more popular, particularly with the sports and entertainment community and the business community,” he said. “People within the African American community playing golf have become more robust.” 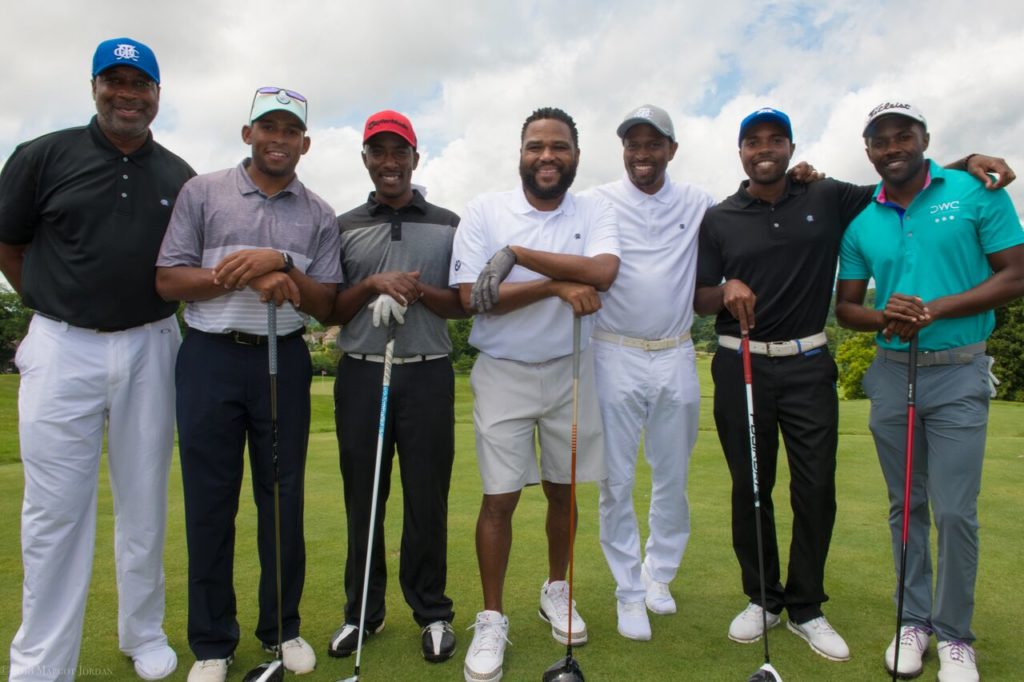 The day ended with an awards dinner where Black-ish star Anthony Anderson was presented with the Original Tee Golf Classic’s “True Original Award.” Anderson, who’s been a member of OTGC since 2008, was honored for his career accomplishments, commitment to his community, and for being an ambassador for the game of golf.

“I didn’t grow up with a golf club nearby. Matter of fact, if you saw a dude with a golf club in my neighborhood, you went the other way,” said the Emmy-nominated actor and comedian while accepting his award. “I’m honored to be the honoree this year, but more importantly, I love what Wendell is doing in the community [by] merging the culture with the game of golf and helping minority players bring diversity to this game,” he told Black Enterprise after the ceremony. “The African American pros that we had today rarely get a chance, it any [at all], to play in front of a gallery that looks like them.” 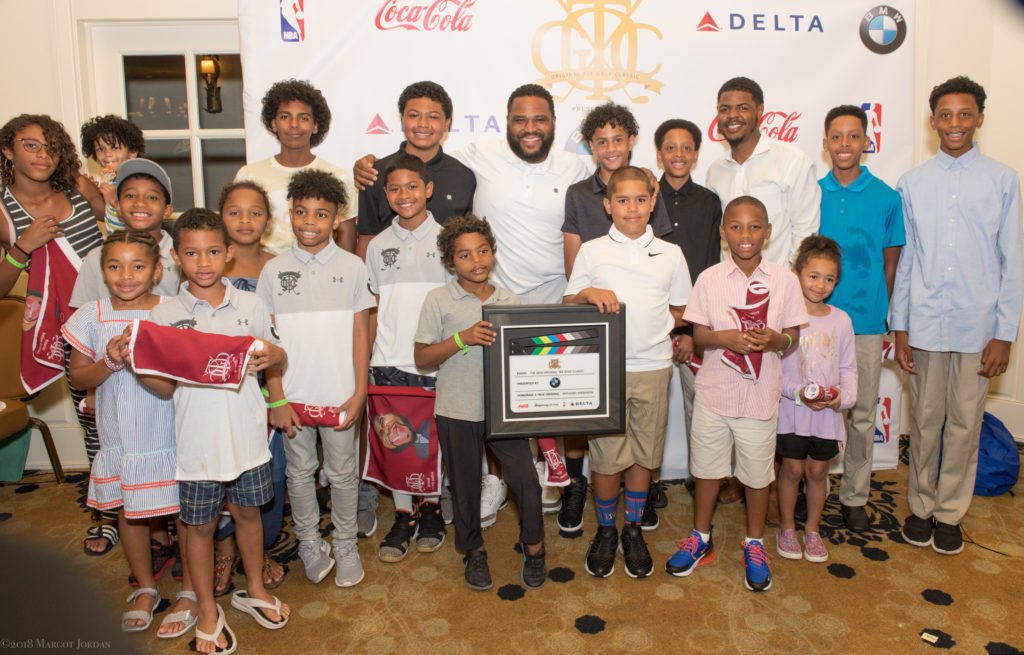 In addition to celebrating the history and contributions of African Americans in golf, OTGC raised funds for The Bridge Golf Foundation in Harlem, a nonprofit committed to using golf to improve the lives of young men of color in Harlem, New York.

“There are not enough children of color playing in the sport of golf; there is so much opportunity to shine a light on this amazing game,” said Randy Taylor, Teaching Professional at The Bridge Golf Foundation & Learning Center, in a statement. “This is my second year attending this tournament. This year, we brought 30 young men from the Bridge Golf Foundation in Harlem. We bring our students to the tournament to teach them the game of golf, meet relatable role models and expose them to a variety of opportunities that are available through the golf industry.”

If you’re looking to spend some quality time on the green this Labor Day weekend, then join Black Enterprise at the 2018 Black Men XCEL Summit at the PGA National Resort & Spa in Palm Beach Gardens, Florida.