Beyoncé fans will be able to relive the Beychella experience thanks to a new capsule collection inspired by the wardrobe that Queen Bey wore during her epic performance at the 2018 Coachella Valley Music and Arts Festival. The superstar singer teamed up with French luxury fashion house Balmain to create a six-piece collection that includes hoodies and T-shirts emblazoned with her initials in Greek letters and other sorority-style graphics. They will come in pink, yellow, and black.

Back in April, Beyoncé became the first African American woman to headline Coachella and delivered an unapologetically black performance that paid tribute to HBCUs and black Greek fraternities and sororities, in addition to Malcolm X, Nina Simone, and African queen Nefertiti. The prices for the new Beyoncé x Balmain collection, however, will be too steep for the average college student. T-shirts are expected to cost about $290.95, while sweatshirts will run around $1,785.22. As an alternative, fans have the option to shop online for Beyoncé‘s “Homecoming” collection, which offers fraternity and sorority-styled gear at more affordable prices. 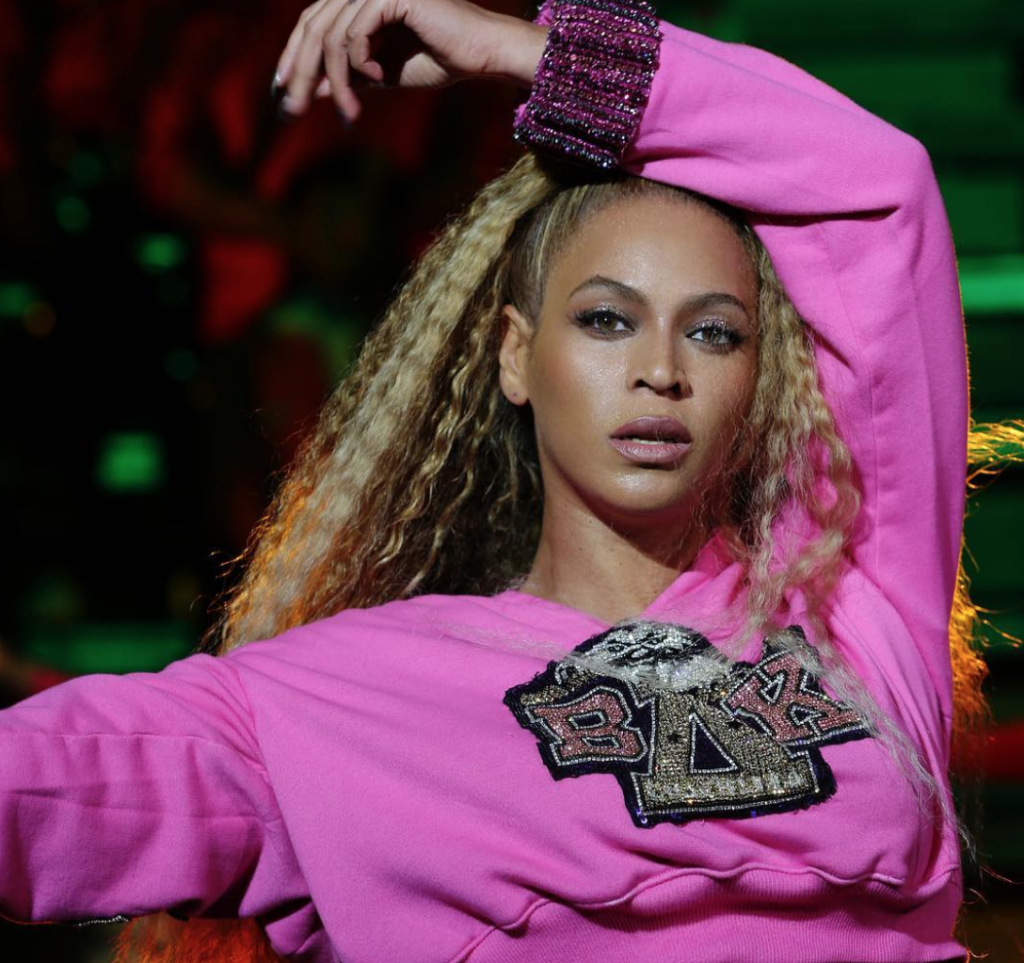 According to Vogue, the 36-year-old entertainer and Balmain’s creative director, Olivier Rousteing, developed the idea to launch an apparel line while Rousteing’s team was designing the looks Beyoncé wore at Coachella. It took months to craft each custom-made costume, which included a Nefertiti-inspired cape and headpiece along with several logos that referenced black Greek college culture.

“I can say today, with absolute confidence, that collaborating with Beyoncé on her Coachella concerts is destined to be one of the most important and treasured memories of my career,” said Rousteing in a statement, according to The Hollywood Reporter. “She’s a goddess, blessed with an incredibly beautiful voice and a moral vision to match … Her level of obsessive perfectionism matches mine, so we loved poring over everything — literally everything — together; making sure that we agreed on every tiny, teeny detail of the two enormous collections that we created together for her, her family, and her 200-plus dancers and band members.”

All proceeds from the Beyoncé x Balmain collection benefit the United Negro College Fund (UNCF) to help students of color attend college. Rousteing said the UNCF was selected in response to their “need to repay an obvious debt for the inspiration we received from the signature spirit and legacy of America’s historically black colleges and universities (HBCUs).”

The capsule will be released Friday, July 13, at the Balmain flagship store in Paris and online on Saturday, July 14.