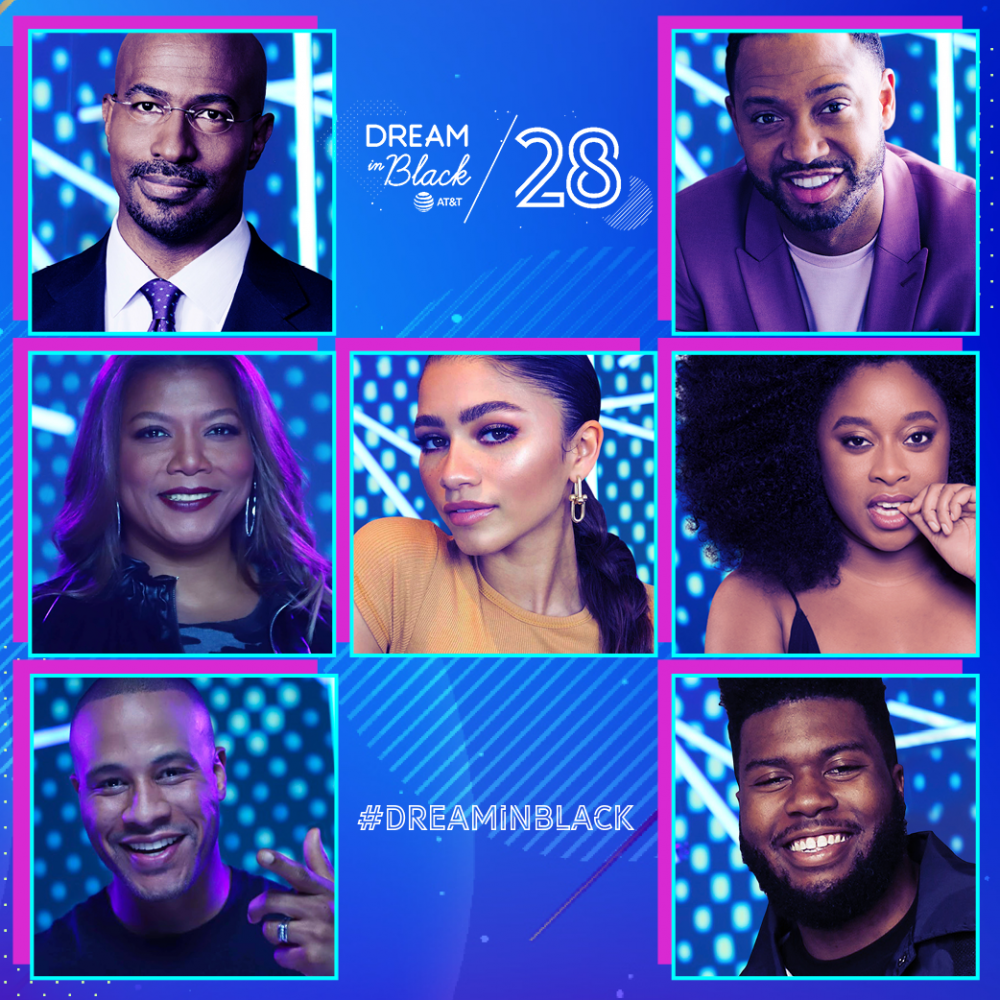 “Black History Month, a time when we reflect on the leaders of the past who helped pave the way for black excellence today. It’s thanks to these great people throughout history that this generation has more potential to accomplish their dreams than ever before,” Queen Latifah said in a statement to Black Enterprise. “The black community is facing a new generation of infinite possibilities, if you can dream it, you can do it.”


Week-over-week, they will roll out their futurists and the display will culminate on the 28th with the last futurist being selected by you in a competition-style. The organization invites everyone to connect with AT&T this month by posting a photo/video sharing history in the making by using #DreamInBlack for a chance to be honored as the Dream in Black 28 Future Maker.

“At AT&T, we come to work every day to make a difference in people’s lives. That’s why we’re so proud to join in the celebration of Black History Month. It recognizes an extraordinary legacy of helping others. Our Black Future Makers campaign honors the great trailblazers who inspired the next generation of leaders called ‘The Dream in Black 28,” stated John Donovan, CEO of AT&T Communications.

In addition to selecting key figures, other initiatives have been added to the celebration. The organization has also taken the liberty to highlight movie and television shows that African Americans should pay attention to as they are currently changing the scope of how we view ourselves on television. Shows include True Detective, black-ish, Empire, God Friended Me, American Soul, The Chi, Power, This is Us, 2 Dope Queens, and Greenleaf, to name a few.

Additionally, to help celebrate, AT&T has created the Exclusive Dream in Black gif pack and keyboard emojis that represent nothing less than black excellence. The gifs have already been released but, the emojis will be ready to hit our keyboards shortly.

“We also work hard to align our business practices with our values,” continued Donovan. “A good example is our Supplier Diversity program, which is celebrating its 50th anniversary. Through this effort, we’ve spent more than $158 billion with minority, woman, service-disabled veteran and LGBT businesses.

And we’re proud to see our employees stepping up to lead AT&T Believes campaigns in Chicago, Dallas, Detroit, and elsewhere. These initiatives show our company’s spirit of service and commitment to a better future for everyone.”

AT&T continues to support organizations like Black Girls Code by supplying them with financial resources that allow young black girls to continue to create and innovate. Their latest check was a capital infusion of $350,000, which was used to increase access to technology and entrepreneurship skill-building opportunities for underserved and underrepresented youths.