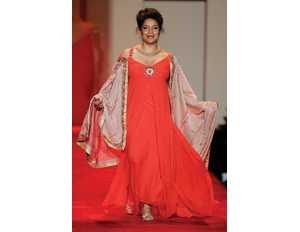 Graduation season has rolled out and many are prepping to take the next step onto the college or university campus of their choice. And per usual, a big part of successful acclimation to a total 180 degree change in environments, rules, goals, and expectations is pledging a sorority or fraternity—whether you’re carrying on a proud legacy or a newbie looking to find a sisterhood or brotherhood that will help you weather the challenges and celebrate the wins. 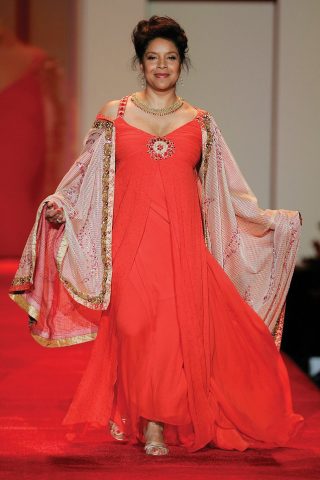 Many know her as Rudy from the ’80s TV classic The Cosby Show, but this Spelman College grad has since grown up to become a mom and award-winning actress who has worked with the likes of Tyler Perry, Queen Latifah, and Viola Davis. A community advocate, she is also the founder of Kamp Kizzy Foundation, which provides mentorship programs for children.

Another forever-famous alumnus of The Cosby Show fame, Rashad has become a living legend, with honors and nominations for Emmys, NAACP Image Awards, and Screen Actors Guild. She’s also the first black actress to win a Tony for best actress in a play for her role in a revival of A Raisin in the Sun. Her latest power move: playing the antithesis of Clair Huxtable, a sinister matriarch on Fox’s hit show, Empire.

Gaining notoriety on VH1’s Love & Hip Hop franchise and eventually moving on to her own show, this Memphis-bred singer-songwriter has accolades under her belt that have far surpassed reality TV fame, including a Soul Train Music Award and an NAACP Image Award, and she continues touring nationwide, all while serving as a Jack Daniels endorser and taking a leap into the entrepreneurship pond with her Puff & Petals boutique restaurant in Atlanta.

Hughes is the founder and chairperson of Urban One Inc. (formerly  Radio One Inc.), a powerhouse media enterprise (and BE 100s mainstay) that is the driving force behind cable network TV One, radio syndicator Reach Media, web publisher Interactive One, and marketing firm, One Solution. Her résumé boasts a who’s who of media industry awards and honors, from the NAACP Chairman Award, to the ADColor Lifetime Achievement Award, to induction into the American Advertising Federation Hall of Fame. As the first black woman to lead a publicly traded company, Hughes has revolutionized and diversified entertainment, news and media options for audiences of color.

A veteran and frontrunner in the natural haircare movement, Price’s line of products have become a staple in the closets, bathrooms and salons of African American professionals and celebrities around the world. Partnering with companies including Macy’s and Walt Disney and getting early backing from entertainment industry heavy-hitters including Jay Z, Mary J. Blige, and Jada Pinkett Smith, Price took her homegrown business to multimillion-dollar levels, and in 2014 she joined an elite group of entrepreneurs when her company was bought by international beauty behemoth L’Oréal.

When Mangum was appointed president of Florida A&M University in 2014, she became the first woman to permanently hold the post in the school’s more than 100-year history. Before that post, she served as senior associate provost at the University of North Carolina, Chapel Hill, and as vice president for budget and planning after being a member of the adjunct faculty in the Samuel Curtis Johnson Graduate School of Management at Cornell University. Since stepping down as head of FAMU, Mangum has served as a research scholar at the Penn Center for Minority Serving Institutions and the University Pennsylvania Graduate School of Education.

Sold-out tours. Platinum albums. Hit TV shows. Broadway and off-Broadway success. Though under 40, Norwood is a Hollywood and music industry veteran who has influenced a generation of young musicians, singers, and fans—from her signature braids to her coming-of-age experiences on and off-screen. With more than 20 years of entertainment industry success under her belt, she’s still at it, performing this summer in North America and Canada on stages with artists including Monica, Bobby Brown, and Keith Sweat.

An award-winning pioneer in hip-hop and beacon of female empowerment, MC Lyte is one of the history-making rap icons whose imprint on the culture can’t be denied. From music she transitioned into acting, having had roles on shows including In Living Color, Moesha, and My Wife and Kids, and served as co-host of syndicated radio show “Cafe Mocha.” As a philanthropist and community activist, she continues to lead her nonprofit Hip Hop Sisters, an organization that empowers women through media, mentorship, and events. She’s also the CEO of Sunni Gyrl Inc., an entertainment management and production firm.

Lynch was the 83rd Attorney General of the United States—and the first African American woman to hold the post—appointed by President Barack Obama. She previously held the position of United States Attorney for the Eastern District of New York under former President Bill Clinton and Obama. In the latter position, she oversaw efforts against major terrorism, organized crime, and public corruption. As U.S. attorney general, she led efforts to expose corruption in professional soccer, gender discrimination, and police bigotry and brutality in response to the killings of unarmed black men at the hands of police officers and the Black Lives Matter movement.

She was a record-holder in 1987 when she became the first woman to triple jump over 45 feet, and in 2003. Venturing into business, she founded her own fitness studio, Flo Fusion Fitness—and competed on season 8 of American Ninja Warrior—and chiropractor practice in California.